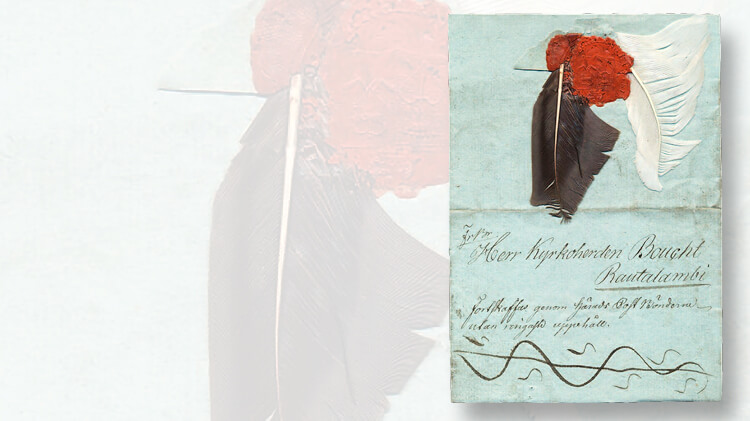 An 1809 Swedish folded letter with two feathers pressed into its seal, indicating the sender wanted express delivery, sold for $4,560 in Malmo, Sweden, at Postiljonen’s sale in September 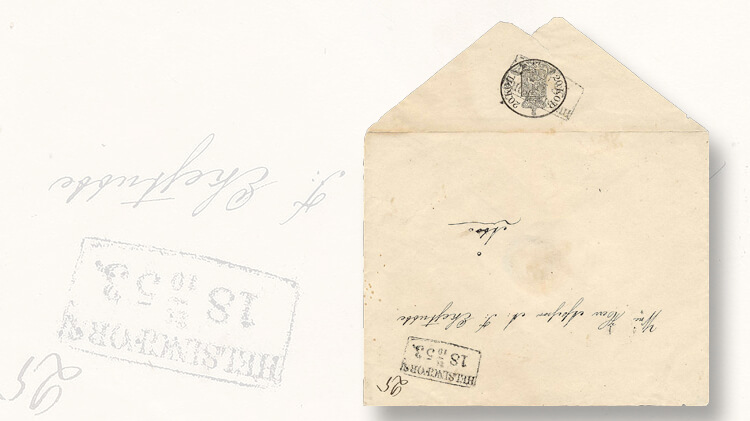 Postiljonen sold an early example of Finnish postal stationery, unique in private hands, for $66,600 in its Sept. 30-Oct. 1 auction.
Previous
Next

Over in Malmo, Sweden, Sept. 30-Oct. 1, the firm Postiljonen held a series of auctions of Scandinavian and worldwide material. The sales included fascinating historical letters, including some with feathers pressed into their wax seals to denote express delivery.

Numerous items in the sale were from Rolf Gummesson’s 1963 grand prix d’honneur exhibit of Finnish postal history. The sale catalog notes, only half-jokingly, that after winning this highest honor in all of philately, “then he started to seriously build his Finland collection.”

Gummesson, a lifelong stamp dealer as well as a collector, expanded and deepened his holdings over subsequent decades. When he died in 2002 at age 88, his son, Per, took them over. While many items of Finnish philately have Gummesson certificates, this is the first time that many “ex-Gummesson” items have reached the market.

An 1809 folded letter bore two feathers, one black and one white, pressed into its red seal. This dramatic embellishment had a clear message: the letter was sent express, and the messenger was to travel day and night until reaching the destination. It sold for $4,560.

An early example of Finnish postal stationery, an envelope with a 20-kopeck black oval indicium on the flap, was described as unique in private hands; one other exists in the Finnish Postal Museum. A gem of worldwide postal stationery, it fetched $66,600.

A rare cover bearing two of Iceland’s first stamps, the 1873 2-skilling and 8sk (Scott 1 and 3), is the only known cover with this issue sent to a foreign destination outside Denmark, which at the time owned Iceland.

Mailed in 1875 to London, the so-called Granton cover — it is endorsed “via Granton” at upper left, referring to the harbor near Edinburgh where ships sailing from Iceland to Denmark would likely have stopped — doubled its presale estimate to sell for $120,000.