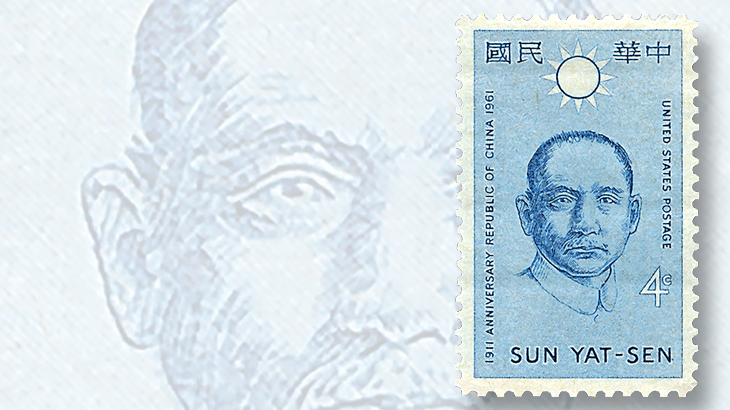 On Oct. 10, 1961, the United States issued a 4¢ Dr. Sun Yat-sen commemorative stamp (Scott 1188). Sun, a medical doctor and convert to Christianity, was a nationalist revolutionary who led the movement to overthrow the last emperor of China and establish a republic. He became provisional president of China in 1911.

In 1912, he co-founded the Chinese Nationalist Kuomintang Party (KMT). In the chaos and civil war that followed, Sun brought the KMT into temporary alliance with the Chinese Communists. He died of liver cancer at the age of 58 on March 12, 1925, in Beijing.

Demand for this pane has been steady through the years, and it continues today. Face value for the pane of 50 is just $2. The mint pane regularly sells in the $15-to-$20 price range. Shop around, and you might even find it cheaper. When buying, make sure that there are no perforation separations.

1928 issue from a classic ‘postage-stamp kingdom’ in demand: Tip of the Week