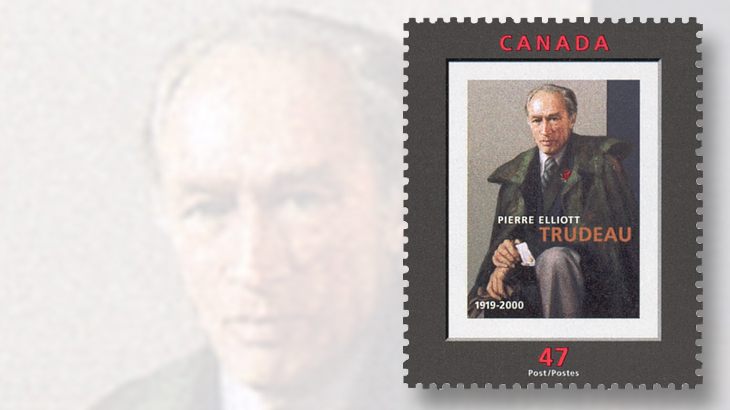 After studying at College Jean-de-Brebeuf in Montreal, Trudeau attended the University of Montreal, earning his law degree in 1943. He furthered his studies at Harvard and in Europe, including at the London School of Economics.

He taught law at the University of Montreal and was elected to Parliament in 1965 as a member of the federal Liberal Party. Just three years later he was named prime minister.

“He appointed the first woman Speaker in the House of Commons and Canada’s first woman Governor-General,” Canada Post wrote when announcing the 47¢ stamp (Scott 1909) that would be issued July 1, 2001, less than a year after Trudeau died at age 80. Trudeau’s government also passed the Constitution Act in 1982 and the Canada Health Act in 1984.