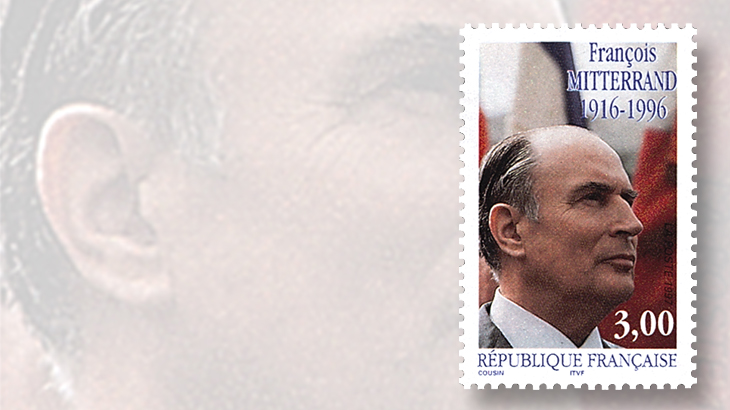 He was commemorated by La Poste of France on a 3-franc stamp issued Jan 4, 1997 (Scott 2552). To mark his birth centenary, France is issuing a circulating €2 coin this month with his portrait on the obverse.

A leader of the political left in France after World War II, Mitterrand held a number of important cabinet positions before he was named first secretary of the Socialist party, an office he held from 1971 until his election as president of the French Republic in 1981.

Mitterrand sought to unify the political left during his administration, and he was a key figure, with Germany’s chancellor Helmut Kohl, in the successful formation of the European Union.