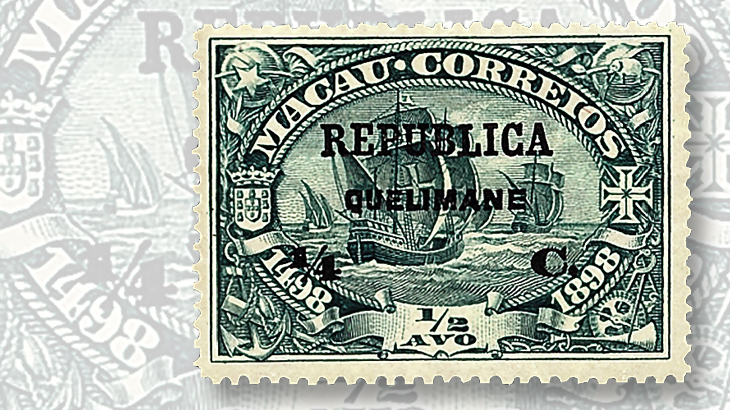 The 1913 Quelimane set of 24 overprinted and surcharged Vasco da Gama stamps (Scott 1-24) is an excellent buy in unused hinged condition at the 2016 Scott Classic Specialized Catalogue of Stamps and Covers 1840-1940 value of $66.

Even collectors with a broad knowledge of geography might have trouble finding Quelimane on the map.

Today Quelimane is the administrative capital of the Zambezia Province in Mozambique on the east coast of Africa. A seaport founded by Muslim slavers and traders, it is the oldest city in Mozambique. It was ruled by the Kilwa Sultanate until the Portuguese replaced them in the 16th century.

Classic, relatively common, long definitive and pictorial colonial sets are increasingly popular with collectors. While supply is still meeting demand at present, this has become a very active segment of the market.

A complete Quelimane collection would comprise just 45 major-number Scott-listed stamps. None of the stamps are terribly expensive, so a complete collection is a real possibility.

Start with the first stamps produced in 1913 by overprinting and surcharging the Vasco da Gama stamps of other Portuguese colonies: Macao, Portuguese Africa, and Timor (Scott 1-24).

The 2016 Scott Classic Specialized Catalogue of Stamps and Covers 1840-1940 values the set at $66 in unused hinged condition. A set in the grade of very fine is an excellent buy at Scott catalog value.

Washington is the subject of many stamps, and his home of one particularly valuable envelope