1928 issue from a classic ‘postage-stamp kingdom’ in demand: Tip of the Week 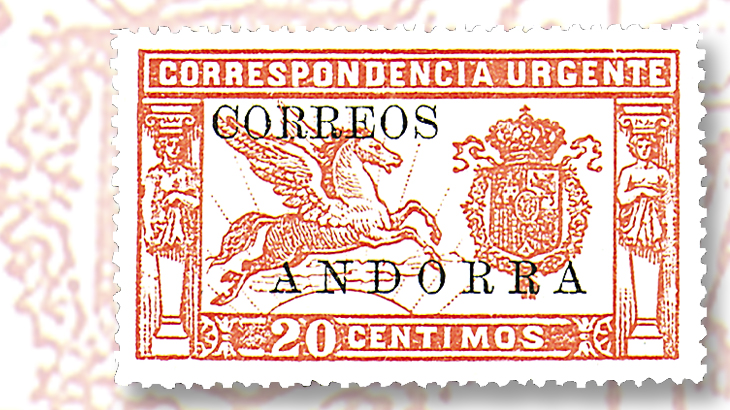 The 2016 Scott Classic Specialized Catalogue of Stamps and Covers 1840-1940 values the 1928 Spanish Andorra 20-centimo Pegasus and Crest special delivery stamp with control number on the back (Scott E2) at $50 in unused hinged condition. This stamp is in demand and is currently selling at or slightly above Scott catalog value.