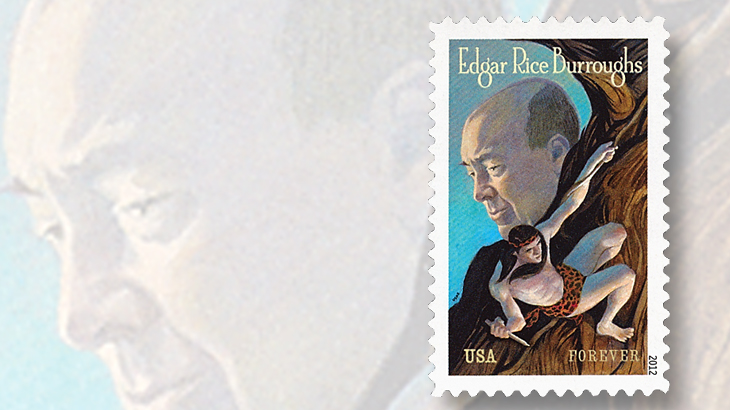 Edgar Rice Burroughs, the creator of Tarzan and other fictional adventure heroes, was born Sept. 1, 1875, in Chicago, Ill. He served in the United States Cavalry but worked in various jobs after he was discharged in 1897.

Well into his 30s, Burroughs tried his hand at writing pulp fiction, and found great success in 1911 with his first effort, the story Under the Moons of Mars, which introduced the popular character John Carter.

Tarzan of the Apes landed in the magazine All-Story the following year, and was published in book form in 1914.

Burroughs continued with new stories in the Barsoom series featuring John Carter, and additional jungle adventures for Tarzan. Most of his stories were serialized in magazines and then published as novels.

Tarzan became a media hit as well, and more than 100 motion pictures, television series and animated Tarzan features have been released over the past 98 years. Johnny Weismuller (1904-84) was closely associated with the role in films, playing the ape man in a dozen movies from 1932 to 1948. The most recent film adaptation, The Legend of Tarzan (2016), stars Alexander Skarsgard in the title role.

Burroughs died March 19, 1950. A forever stamp honoring him was issued Aug. 17, 2012, and depicts both the author and his most famous character, Tarzan.