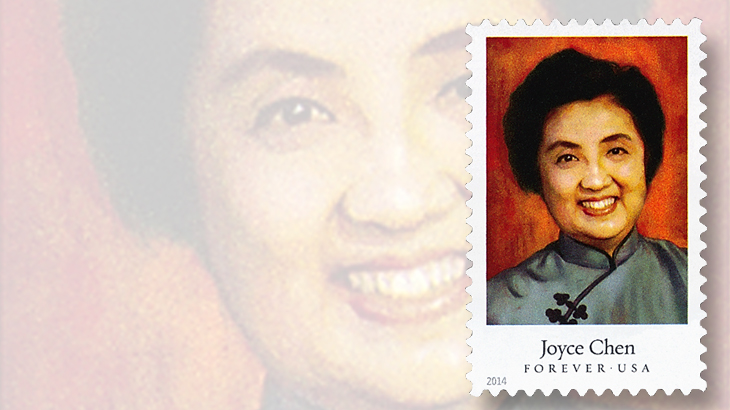 Born Sept. 14, 1917, in Beijing, China, she came to the United States in 1949 with her husband, son and daughter. A second son was born in Cambridge, Mass., where the family settled.

Described by her younger son Stephen as “a pioneer in promoting healthy Chinese cooking,” Joyce Chen used the cooking skills she developed in China to open four restaurants in Cambridge.

“Through cookbooks, a trailblazing television show, and her landmark restaurants in the Boston area, Joyce Chen became one of America’s greatest popularizers of Chinese food,” the U.S. Postal Service wrote when the Celebrity Chefs stamps were issued. “She is also credited with introducing the flat-bottom wok to American kitchens.”

The 1967 television series Joyce Chen Cooks was broadcast by public television nationwide and contributed to the expanding interest in Chinese food. Chen died in 1998.