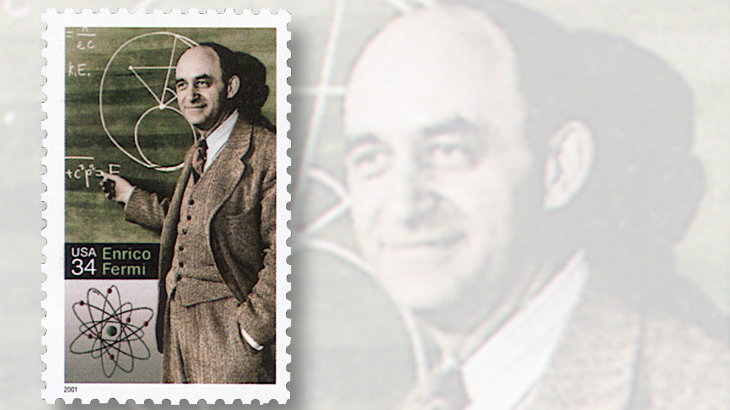 Italian-born physicist Enrico Fermi is commemorated on a 34¢ United States stamp issued in 2001.

The U.S. Postal Service issued a 34¢ commemorative stamp honoring Fermi on Sept. 29, 2001, the 100th anniversary of his birth (Scott 3533). The first-day ceremony was held at the University of Chicago, where Fermi led a scientific team that designed and assembled the first nuclear reactor as part of the secret Manhattan Project, leading to the development of the atom bomb.

How postal history tells the story of the atomic bomb