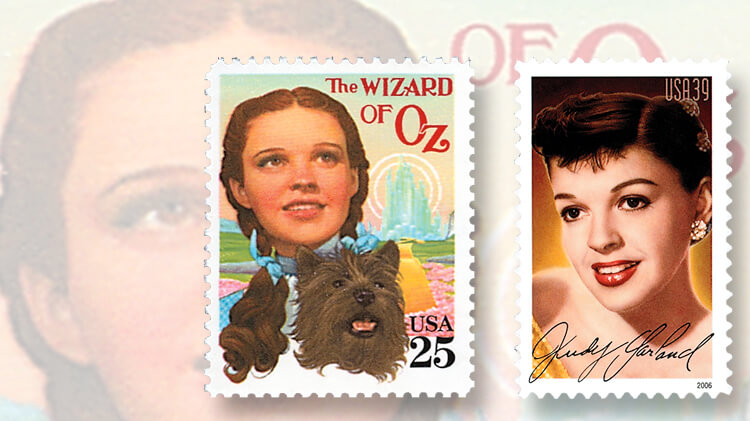 Among the other celebrities with a double appearance on United States stamps is Judy Garland. 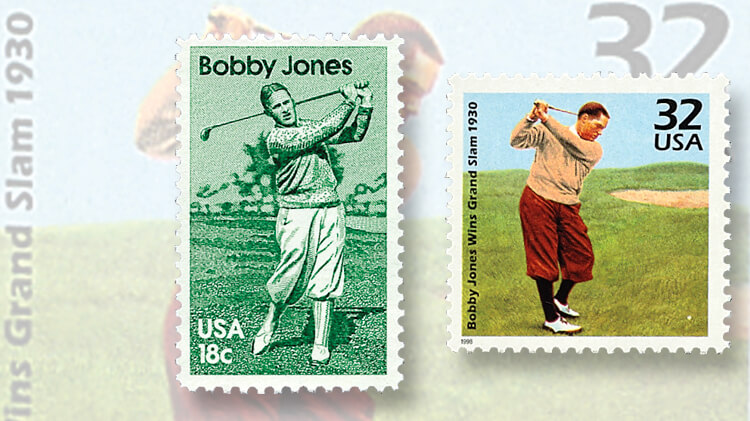 In addition to entertainment celebrities, sports figures, such as golfer Bobby Jones, have appeared on more than one United States stamp. 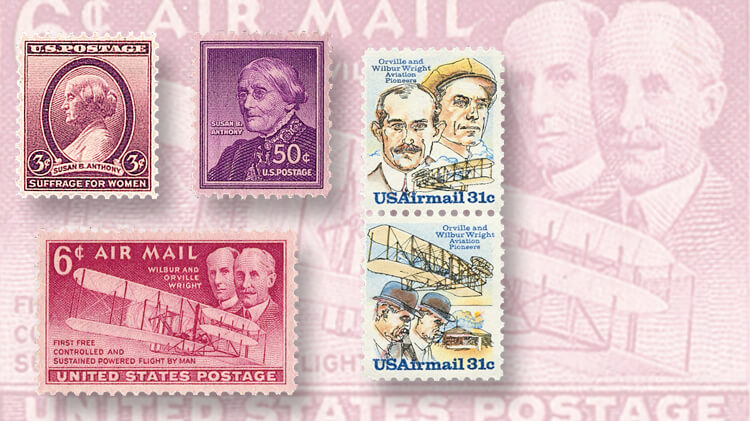 The author of the column came up with more than 50 instances of people, alphabetically from Susan B. Anthony to the Wright Brothers, who have been honored at least twice on United States stamps. 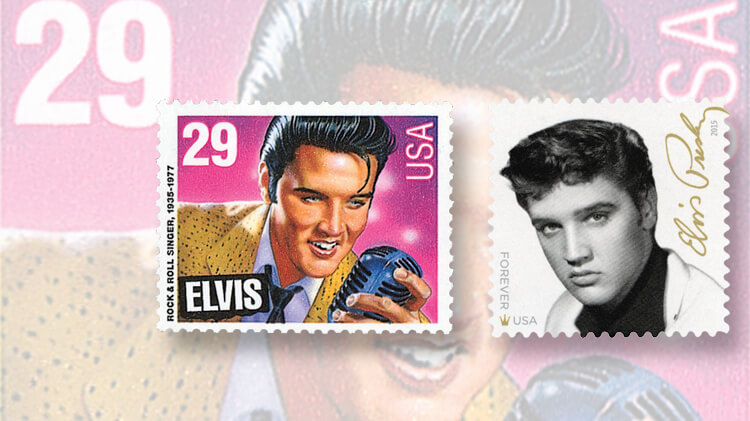 A postal clerk recently asked a stamp collector if Elvis Presley was the only celebrity to be pictured more than once on a United States stamp.
Previous
Next

Many United States presidents have been honored numerous times on postage stamps, but how about people who weren’t presidents?

Himes described the circumstances in a letter: “One of my postal clerks here in Cypress, Calif., asked me the other day if Elvis is the first celebrity to be pictured twice on a U.S. stamp?

“By ‘celebrity’, I’m guessing he means musicians, actors and others who have gained fame through entertainment.

“He did say that historical figures (presidents, founding fathers, politicians, etc.) don’t count, because he knows they have appeared many, many times on issues throughout the years. And by ‘pictured’ I think he means that the stamps should be face different — perforation varieties, etc. don’t count.”

Himes told the postal clerk that Elvis Presley was not the first, identifying Lucille Ball, Judy Garland and Alfred Hitchcock as other double honorees.

But that, it turns out, is only the beginning. In a quick search through the Scott Specialized Catalogue of United States Stamps and Covers, I identified more than 50 other instances of nonpresidents who have been honored/pictured more than once.

From my years on the Citizens’ Stamp Advisory Committee (1998-2010), one of the inescapable conclusions was that there are a large number of Americans who have made exceptional contributions to this nation who will never be recognized on a postage stamp.

Why? Because there is not enough room in the yearly program, especially so when better-known names are portrayed multiple times.