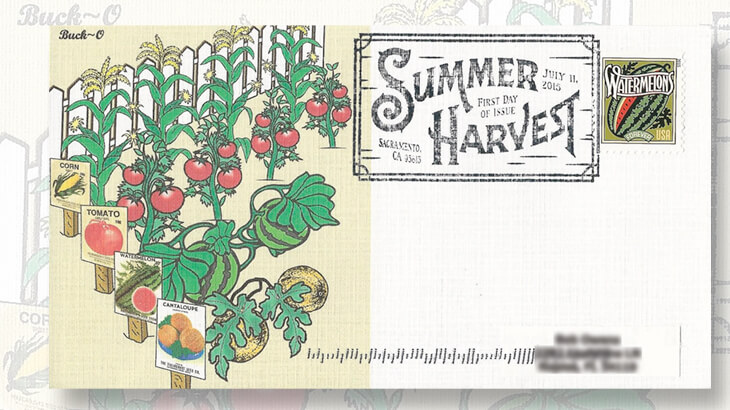 To improve the quality of first-day cover servicing, the United States Postal Service is transitioning to having FDCs sent directly to its Cancellation Services division in Kansas City, Mo. The postmark on this example is poorly inked and the envelope pic

Without fanfare, the United States Postal Service has instituted a change in policy that many first-day cover servicers have been requesting for years: Beginning with the Jack-o’-Lanterns forever stamps issued Sept. 29, all FDC servicing requests will go straight to the Cancellation Services unit of the USPS in Kansas City, Mo.

First word of the policy change came not with an official announcement or press release, but rather as part of the details about the new issues in the Postal Bulletin, the biweekly USPS publication intended primarily for its employees.

The Postal Bulletin is publicly available, however, online. The stamp information is in the “Stamp Services” section. Stamp announcements usually have a section titled, “How to Order the First-Day-of-Issue Postmark,” followed by the address.

For years, registered dealer-servicers submitting 50 or more FDCs could send them directly to Cancellation Services, which is part of Stamp Fulfillment Services. Everyone else had to send their covers to the first-day city.

However, the first-day-city post offices were not supposed to service the FDCs; instead, they were to bundle up the orders and forward them to Cancellation Services for processing. The rationale was that this method organized and sorted the small orders for fast servicing once they arrived in Kansas City.

Some local postal clerks, however, canceled mailed-in FDCs themselves, rather than forwarding them, often with less than acceptable results. These well-meaning clerks were found at small, one-time-first-day post offices, and also in large cities, which might see several new issues a year.

Cancellation Services uses a special fast-drying ink that will adhere to almost anything, and high-quality stamp pads. Both are more expensive than products sold in an office-supply store, but produce better results. They also are more difficult to use, requiring special techniques to add ink to the pads and keep the inked pads fresh. When these procedures are not followed, the results are just as bad as if common supplies were used.

Most of the clerks at Cancellation Services also are more experienced at applying first-day postmarks.

The “short-stopped” FDCs serviced by local postal people often ended up with unevenly applied or crooked postmarks, missed stamps or wrong cancels. The Digital Color Postmarks and “machine cancels” (really “steel die hubs”) are available only from the equipment in Kansas City, and requests for those postmarks that were fulfilled locally came back with something other than what was wanted.

Servicing also seemed to take longer for FDCs that were submitted to the first-day cities, particularly toward the end of the grace period for servicing. A local post office might not bother to forward a single request to Cancellation Services in Kansas City, but instead hold it until there were several.

Stamp Fulfillment Services has held discussions with FDC collectors at the American First Day Cover Society’s Americover shows, and the idea of submitting all FDC servicing orders directly to Cancellation Services was brought up often.

What might have tipped the scales for Stamp Fulfillment Services was realizing all the time and expense involved in handling the requests for replacement FDCs to replace spoiled covers.

“This is the greatest news for small cachetmakers [sending in fewer than 50 covers] in many years,” said one FDC servicer. “There is much rejoicing in the land.”

Hotchner says Service Women FDC ‘one of the most spectacular I’ve ever seen’: U.S. Stamp Notes