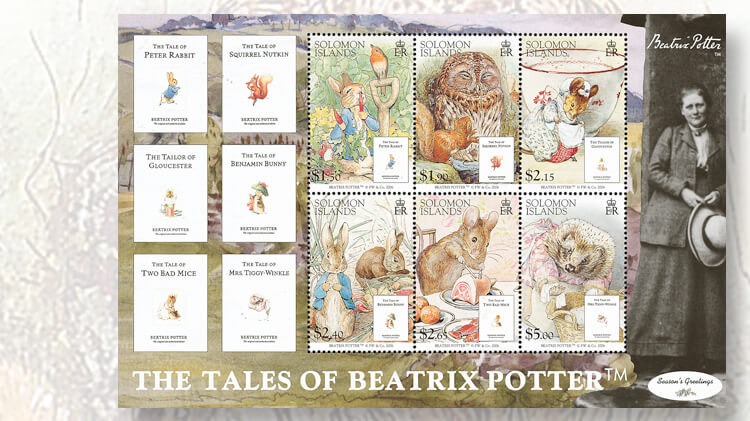 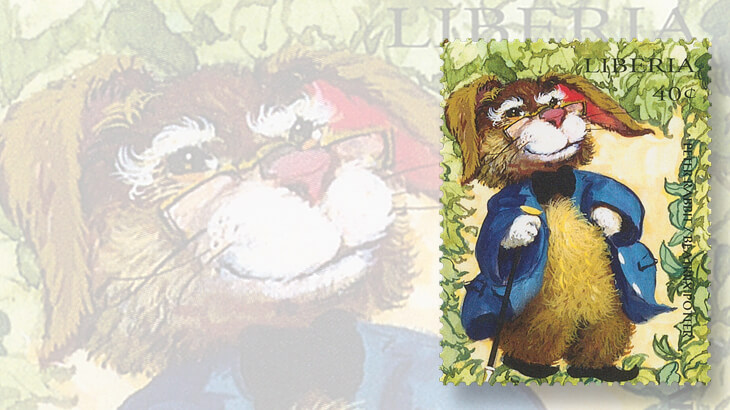 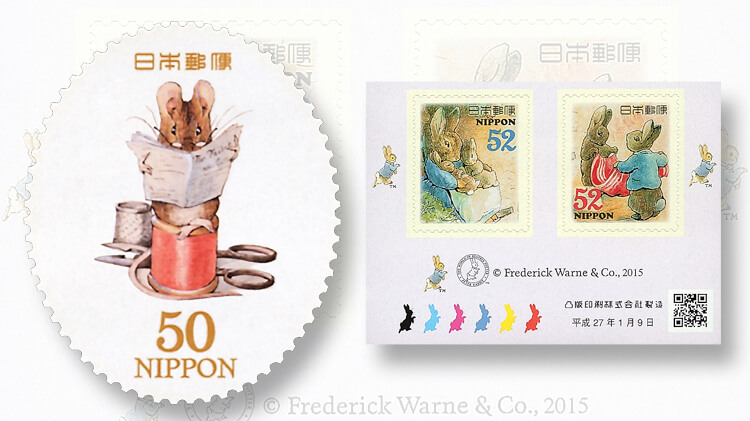 Japan has featured Peter Rabbit and others on 20 stamps. 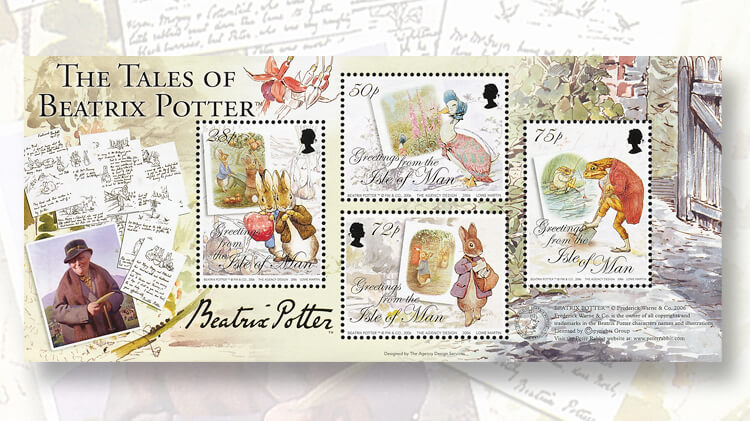 The Isle of Man’s Oct. 11, 2006, The Tales of Beatrix Potter souvenir sheet shows a photograph of the author and illustrator in the selvage along with her drawings. 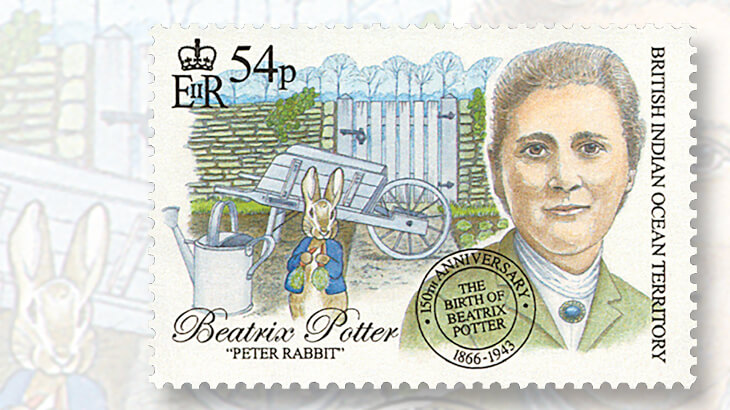 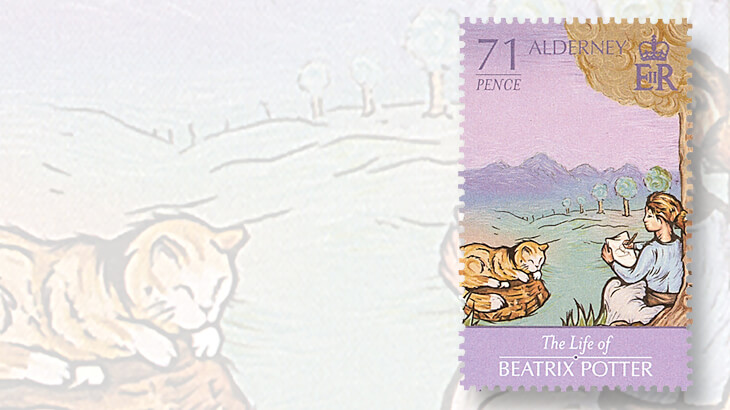 Topics on Stamps — By Denise McCarty

These birthday stamps picture a few of the popular and beloved animal characters Potter created and illustrated in her more than 20 books for children, including the most famous of them all, Peter Rabbit, the title character of her first book, The Tale of Peter Rabbit.

This wasn’t Peter’s first stamp appearance, either; that was in 1979 on an International Year of the Child issue (Scott 867). You will also find Peter on two British Greetings stamps of the 1990s (Scott 1484, 1543), and the frog Jeremy Fisher on a 2006 stamp honoring children’s books (2334). In addition, Royal Mail issued a prestige booklet in 1993 called “The Story of Beatrix Potter.”

Royal Mail is not alone, though, in paying tribute to Potter and her animal characters, many of which were modeled on her own pets. The Peter Rabbit website of Penguin Books Ltd. said: “Two of Beatrix’s earliest artist models were her pet rabbits. Her first rabbit was Benjamin Bouncer, who enjoyed buttered toast and joined the Potter family on holiday in Scotland where he went for walks on a lead. Benjamin was followed by Peter Piper, who had a talent for performing tricks, and he accompanied Beatrix everywhere.”

Liberia was the first country other than Great Britain to feature Peter Rabbit on a stamp, although in this instance the image of the mischievous bunny is not based on one of Potter’s illustrations. The 40¢ stamp (Scott 1354b) was issued Sept. 16, 1998, se-tenant with other stamps in a pane devoted to stories for children.

Peter made appearances on souvenir sheets from two countries in 2006: the Isle of Man (Scott 1171) and Solomon Islands (Scott 1084-1089, 1089a). Both sheets are titled “The Tales of Beatrix Potter” and show additional images in the selvage.

Both of Japan’s tributes to Potter, the first in 2011 (Scott 3316-3317) for the 40th anniversary of the Japanese-language publication of The Tale of Peter Rabbit and the second in 2015 (3782-3783), include 20 different stamps. Among the characters other than Peter pictured on these stamps is the mouse tailor from the Tailor of Gloucester on an oval 50-yen stamp in the 2011 issue.

Alderney issued a souvenir sheet of six se-tenant stamps July 31, 2013 (Scott 471-476), showing illustrations of a young Potter in England’s Lake District with some of her favorite animals. The Guernsey-based design agency the Potting Shed created the designs.

Like Great Britain, the British Indian Ocean Territory remembered Potter in 2016 on the 150th anniversary of her birth. The 54-penny stamp (Scott 459) shows a portrait of Potter on the right and an illustration of Peter Rabbit enjoying some carrots from Mr. McGregor’s garden on the left. The stamp is part of a set of four honoring British authors William Shakespeare, Charlotte Bronte and Roald Dahl in addition to Potter.