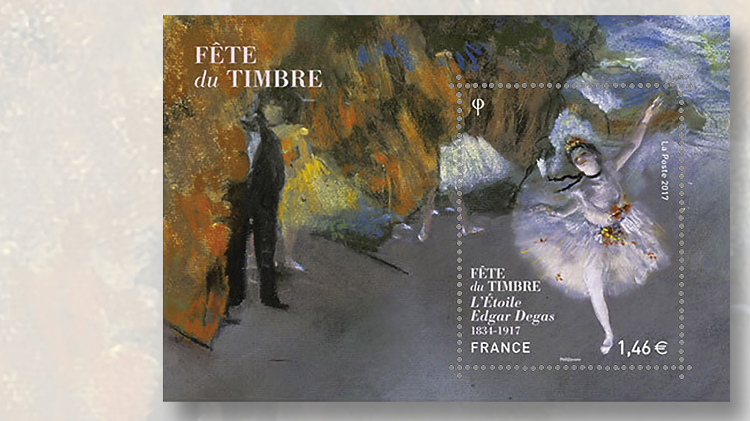 A French souvenir sheet reproduces the The Star by Edgar Degas. 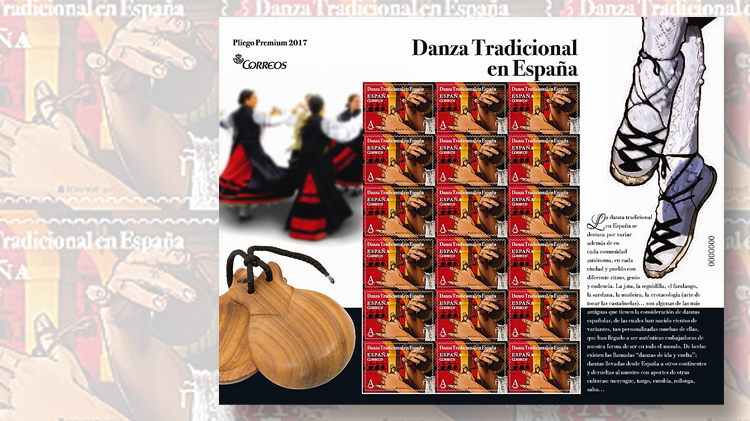 Spain celebrates its traditional dance on a nondenominated stamp issued April 6. The stamp features a castanet player, while dancers are shown in the selvage of the pane of 18. 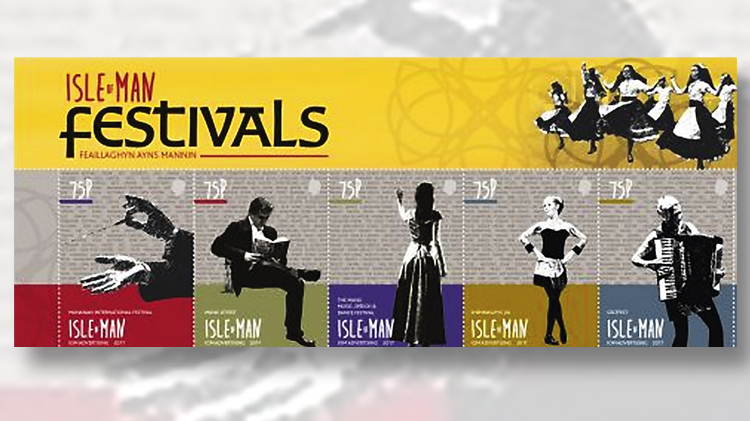 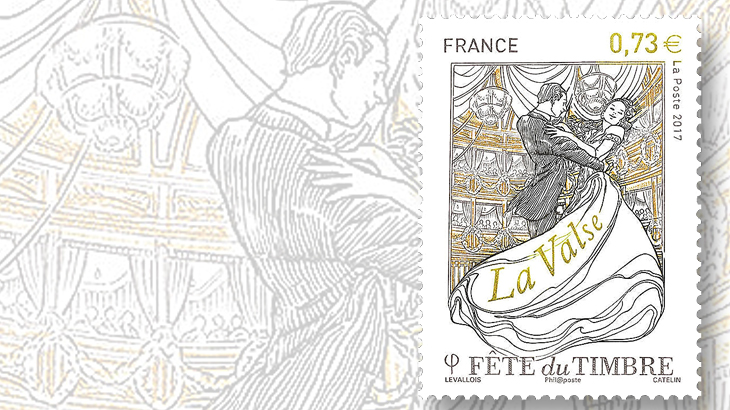 The waltz is featured on a French stamp issued for its annual stamp festival.
Previous
Next

France has pictured different types of dance on its Fete des Timbres (festival of stamps) commemoratives since 2014.

This year the festival took place over the weekend of March 11-12, and the Fete des Timbres stamps were issued on March 10. Waltz and classical ballet are the featured dances.

A couple waltzing in an elegant theater setting is pictured on the engraved 0.73 stamp. Stephane Levallois designed the stamp, and Elsa Catelin engraved it. Philaposte printed it in sheets of 48.

The other stamp shows the ballet dancer from the Edgar Degas’ painting The Star, also known as The Dancer on the Stage. This 1.46 denomination is in a souvenir sheet, and the rest of the painting is pictured in the selvage.

This 1878 painting is part of the collection of the Musee d’Orsay in Paris.

The nondenominated “A” stamp was issued April 6 in sheets of 50 and in panes of 18 packaged in a guitar-shaped folder.

According to information from Spain’s Correos, when this folder is opened a Spanish melody begins to play. If you want to hear it, you can visit Correos’ Facebook page.

The stamp design depicts the hands of a castanet player in the foreground and buildings in the background in shades of red and yellow, representing the Spanish flag. The dancers can be found in the selvage of the pane of 18.

A group of four can be seen on the left side of the sheet, and a dancer’s legs and shoes on the right.

A dancer represents a Celtic festival, Shennaghys Jiu, on a new stamp from the Isle of Man. It is one of five se-tenant (side-by-side) 75-penny stamps in the Festivals souvenir sheet issued April 6.

The Isle of Man Advertising and PR designed the souvenir sheet, and Lowe-Martin of Canada printed it by offset.