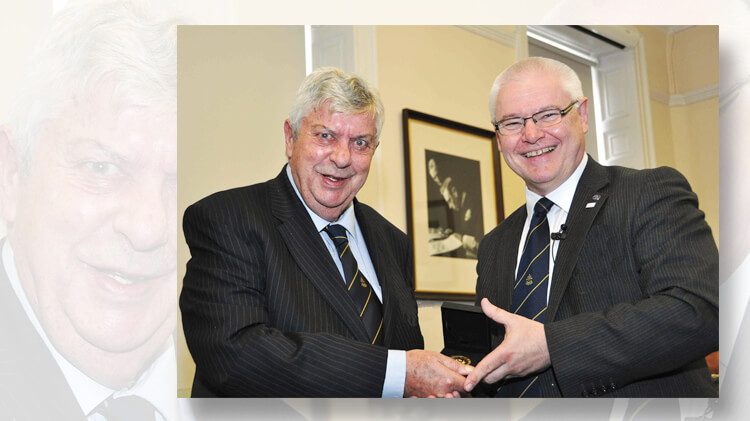 James Bendon (left), author of UPU Specimen Stamps 1878-1961, receives the 2017 Crawford Medal from Frank Walton of the Royal Philatelic Society London. The society awards this medal for the most valuable and original contribution to the study and knowle

The Royal Philatelic Society London has presented its medals for 2017 to acknowledge notable achievements.

The Crawford Medal for the most valuable and original contribution to the study and knowledge of philately published in book form was awarded to James Bendon for UPU Specimen Stamps 1878-1961.

David Beech received the Tapling Medal for the best paper published in the society’s journal, The London Philatelist, for “The Crawford library of Philatelic literature at the British Library and for the World in Digital Form.” This article was published as a supplement to the journal.

Also, on June 8, Walton presented the Tilleard Medal for the best afternoon display to the society to Paul Davey for “China’.”

The Lee Medal, for the best evening presentation to the society, was awarded to Gordon Eubanks for “Classic USA.” The medal was presented by Robert Odenweller Aug. 2 during the society’s reception and dinner held in Richmond, Va., in conjunction with the American Philatelic Society Stampshow.

Information about the Royal Philatelic Society London is available online.

And the winner of the 2017 APS single-frame Champion of Champions is ...