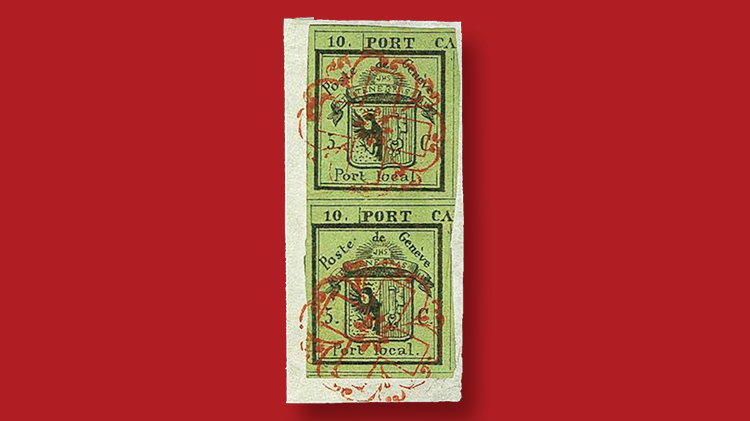 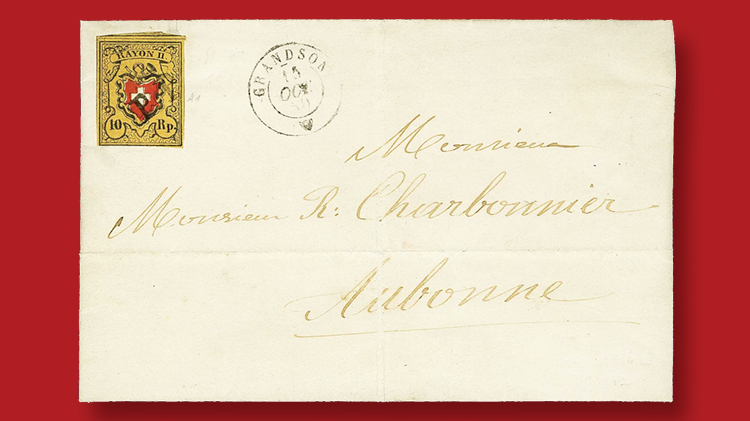 Corinphila offered the Swiss Rayon II federal administration issue of 1850 on cover in the first installment of its series of November auctions. The cover sold for the equivalent of $156,000.
Previous
Next

On Nov. 10-11, in the first installment of Corinphila’s series of November auctions, some of the greatest Swiss rarities were offered. The Swiss Rayon II federal administration issue of 1850 with a black frame around the cross (Scott 6) realized the equivalent of $84,000, including Corinphila’s 20 percent buyer’s premium. An on-cover example of the stamp sold for approximately $156,000.

From the cantonal administration of Geneva, a vertical pair of the 1843 Double Geneva issue composed of two left halves of the stamp, used on fragment (Scott 2L1), found a new home for the equivalent of $96,000. While this issue is always a rarity, the pair is normally seen horizontal and consisting of unsevered left and right stamps.