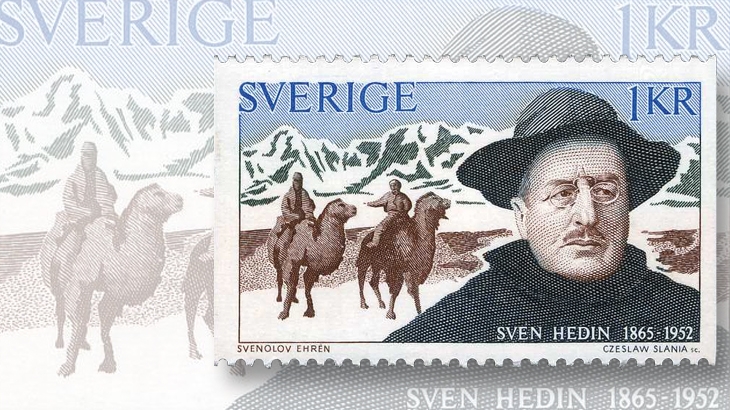 Sven Hedin has been described as Sweden’s most famous explorer. Hedin traveled throughout much of Asia, carefully documenting his findings and mapping regions that previously had been unrecorded.

Born Feb. 19, 1865, in Stockholm, Hedin studied in Stockholm and Uppsala in Sweden, and Halle and Berlin in Germany, earning his doctorate in geography. His travels took him through Persia and into uncharted regions of Central Asia, and his published findings and drawings brought him considerable fame. He was honored by Sweden’s King Oscar II and Emperor Franz Joseph I of Austria-Hungary.

Hedin also traveled into India and Japan, significantly expanding western knowledge of distant locations. A 1923 trip around the world included a tour of the United States. Findings from his expeditions into Asia were used to develop railroads and other infrastructure.

Hedin’s reputation suffered significantly later in his life because of his public support of German national socialism into World War II. He died at age 87 on Nov. 26, 1952.

Recognizing the contributions of Hedin’s extensive explorations, Sweden honored him on a 1-krona stamp (Scott 1009) issued in 1973 as part of a set of five honoring Swedish explorers.