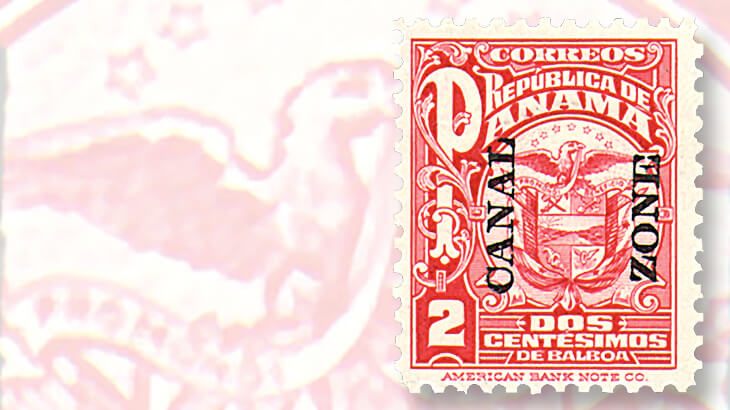 The Canal Zone 1924 set of two overprinted Arms of Panama stamps (Scott 68-69) is difficult to find and a good buy in unused hinged condition at the 2017 Scott U.S. Specialized catalog value of $17.

When stamps of a given country appeal to more than one category of collector, it usually increases demand and sustains or raises prices for that country’s stamp issues.

From 1904 until 1928, Canal Zone issues were created by overprinting and sometimes surcharging stamps of Panama and the United States. In February 1924, 1-centesimo dark green and 2c carmine Arms of Panama stamps were overprinted “Canal Zone” vertically in two lines (Scott 68-69).

The 2017 Scott Specialized Catalogue of United States Stamps and Covers values the two-stamp set at just $17 in unused hinged condition. This is not an easy set to find, despite the relatively low value. The set is well worth Scott catalog value.

For the specialist, seven other stamps in the set were overprinted and prepared but were not issued. Only 600 of each were produced. The Scott U.S. Specialized catalog values them at $350 apiece, or $1,750 for a block of four.

A good place for U.S. revenue stamp collectors to start