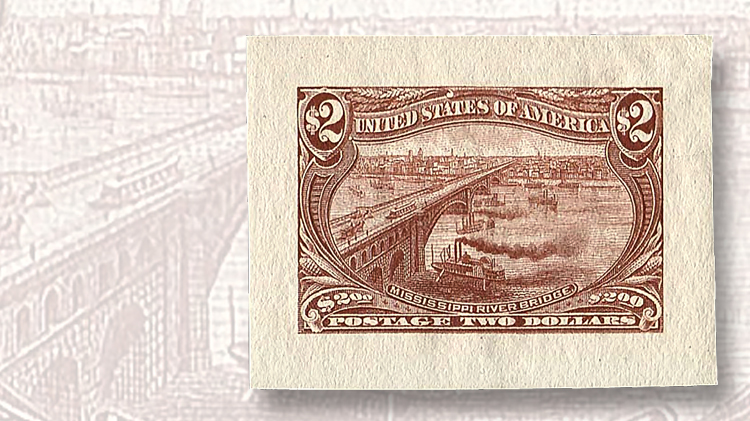 The $2 die proof from a set of nine representing the 1898 Trans-Mississippi issue, printed for the 1903 Roosevelt presentation albums, went for $3,900 at the Regency-Superior sale. 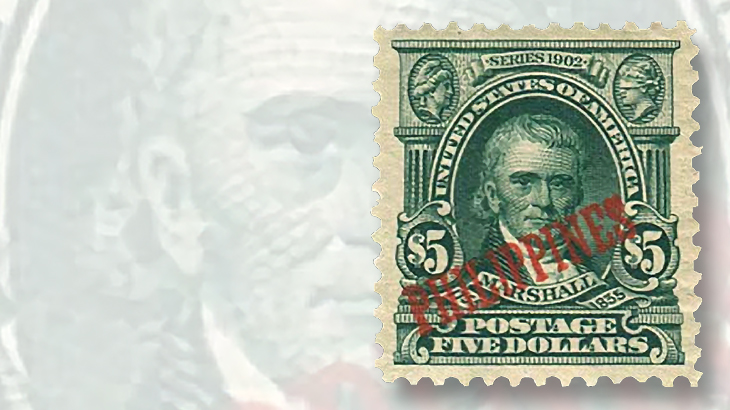 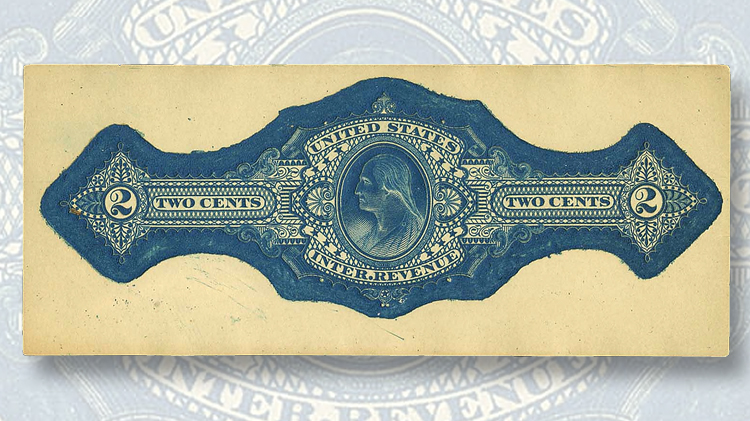 A Civil War-era essay for revenue stamped paper with an embossed George Washington portrait in deep blue sold for $120 at the Regency-Superior auction in January. 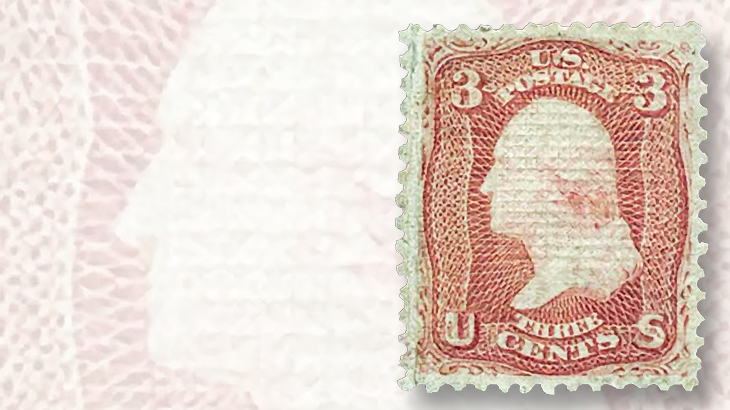 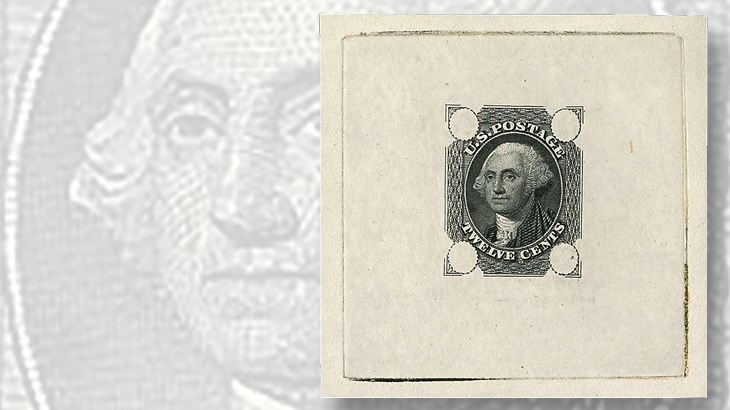 A set of three progressive die essays for the 1851 12¢ Washington stamp offered at the January Regency-Superior auction sold for $120.
Previous
Next

On Jan. 19-21, Regency-Superior held a sale of space memorabilia and numismatic and philatelic items in St. Louis, Mo. Among U.S. stamps, an attractive example of the elusive 3¢ Z-grill stood out.

Like its famous and almost unique sibling, the 1¢ Z-grill, the 3¢ (Scott 85C) had a waffle-like pattern pressed into the stamp, part of an experimental effort in the late 1860s to make the paper fibers more readily absorb cancellation inks.

The post office tried a series of different grill sizes. The type classified by collectors with the letter Z measures about 11 millimeters by 14 millimeters. As a group, the Z-grills are the scarcest of all the types.

With lightly hinged original gum and only trifling soiling, the stamp went for $7,500, including the 20 percent buyer’s premium added by Regency-Superior to all lots.

The sale included some interesting essays and proofs, many of which were quite affordable. A set of three progressive die essays for the 1851 12¢ Washington stamp (Scott 69-E1b, 69-E2a, 69-E3a) showed how the design of the stamp was built up section by section, starting with the oval portrait and then adding the lettering and the fancy background, to an almost full design. The set of three went for $120.

An essay for a circa-1865 revenue stamped paper design had an elaborate, elongated device with a portrait of Washington embossed in deep blue on buff-colored card. This kind of stamp, denominated at 2¢, would have been impressed directly onto whatever document the tax needed to be paid on. This essay, too, sold for $120.

A set of nine small die proofs on wove paper of the 1898 Trans-Mississippi commemorative series, prepared for the so-called Roosevelt presentation albums in 1903, had been removed from their original card backing.

The Roosevelt albums were made up of newly made proofs for previous issues and given as gifts to dignitaries and friends of the administration. Some 85 were produced.

In a few cases, the proofs in the album consisted of official fabrications of nonexistent stamps, or were made in the wrong colors by mistake. Most of the presentation albums have been broken down over the years, and those remaining intact are rare.

Among U.S. possessions was a beautiful example of the $5 John Marshall stamp, overprinted in 1904 with a diagonal red “Philippines” (Scott 239) for use there.

Fresh and well centered, with lightly hinged original gum, the stamp was accompanied by a Professional Stamp Experts certificate assigning it a grade of superb-98. It sold for $2,880.