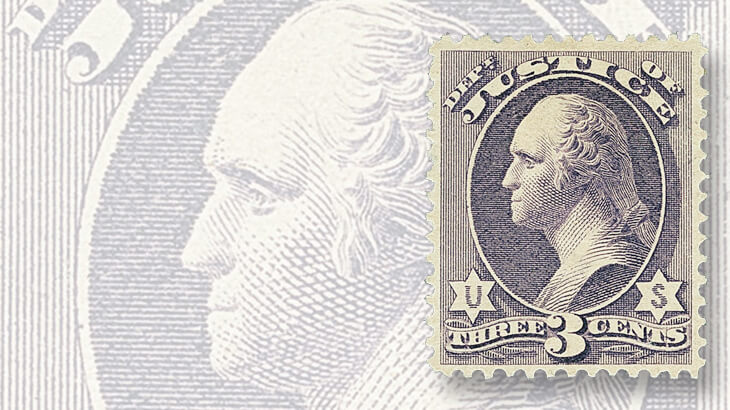 Official stamps came about as a result of the Act of Congress of March 3, 1873, which abolished the franking privilege. Stamps for each department of the federal government were issued July 1, 1873.

The stamps produced by the American Bank Note Co. were sometimes in slightly different shades of color from the 1873 printings, and they were on soft porous paper.

Misidentification is a common problem. The shade of purple is more bluish than the 1873 stamp (Scott O27). The paper is thicker, with a clear weave visible when held up to a strong light. For soft porous paper examples, compare with the more common Scott O114-O117.

The 2017 Scott Specialized Catalogue of United States Stamps and Covers values the stamp at $190 in unused original gum condition and at $125 in used condition.

A good place for U.S. revenue stamp collectors to start