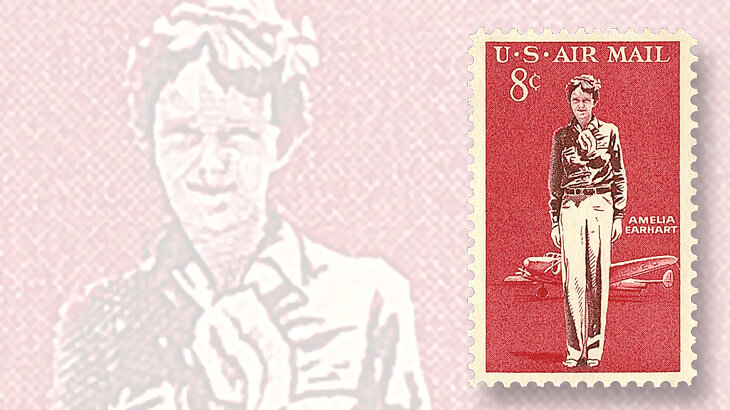 This year marks the 80th anniversary of the disappearance of pioneering American aviator Amelia Earhart. The first woman aviator to fly solo across the Atlantic vanished July 2, 1937, while attempting to circumnavigate the globe by air.

On July 24, 1963, the United States issued an 8¢ Amelia Earhart airmail stamp (Scott C68). This is still a common stamp, valued in both mint never-hinged condition and used condition at the catalog minimum of 25¢ in the 2017 Scott Specialized Catalogue of United States Stamps and Covers.

However, the stamp was issued in panes of 50, and there is some demand for the mint pane from promotional advertisers and from nonstamp collectors who are interested in the subject.

If you have holdings of mint panes of 50 of the 8¢ Amelia Earhart stamp, now is a good time to offer them for sale. As the anniversary of her disappearance grows closer, you might be able to sell them in the $12-to-$15 price range against the face value of $4 and a current nominal catalog value of $12.50.