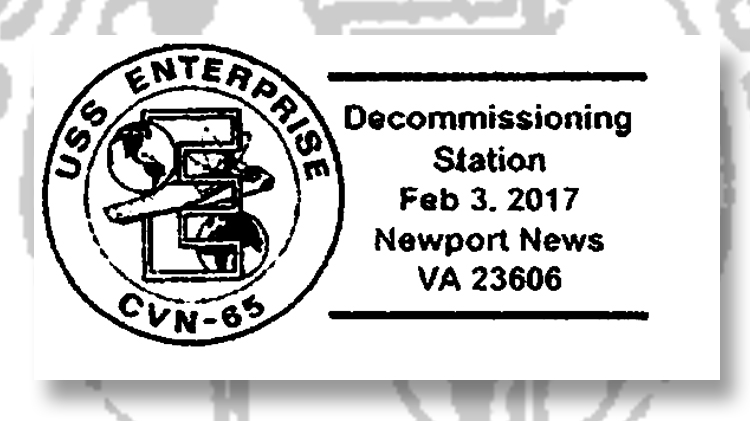 The ship, which was the eighth Navy vessel to bear the name Enterprise, has been inactive since 2012, after more than 50 years of service.

Forty years later, following the terrorist attacks of 2001, the ship was in the North Arabian Sea as part of Operation Enduring Freedom.

The closing chapter in the carrier’s distinguished history is being marked by a pictorial cancellation sponsored by Stephen Decatur Chapter 4 of the Universal Ship Cancellation Society.

The cancellation shows the insignia of the Enterprise with a large “E” in the middle; the carrier is affectionately known by its nickname, “The Big E.”

Two globes representing the Western and Eastern hemispheres flank an image of the carrier’s deck and a depiction of an atomic symbol.

To obtain this postmark, address your requests to:

The following cancel was granted a 30-day extension: