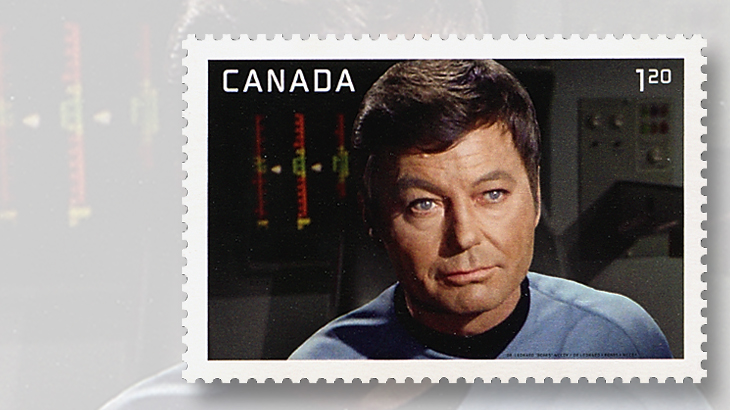 DeForest Kelley appeared in films and on television for two decades before landing the role of Dr. Leonard McCoy on Star Trek.

American actor DeForest Kelley was born Jackson DeForest Kelley on Jan. 20, 1920. Although he began his acting career in the 1940s, Kelley found his greatest success in the mid 1960s when he was cast as Dr. Leonard “Bones” McCoy on the science fiction television series Star Trek.

The Georgia native joined the United States Army Air Forces in 1943, serving stateside as part of the First Motion Picture Unit. After appearing in the 1947 film-noir suspense film Fear in the Night, Kelley found work regularly in films and on television. He filmed two pilots with Gene Roddenberry in the 1960s but didn’t land the roles; still, the Star Trek creator tapped him to play McCoy (though he was also considered to portray science officer Spock, a role captured instead by actor Leonard Nimoy).

Kelley’s acerbic portrayal of the chief medical officer on the starship Enterprise made him a solid fan favorite, and he remained with the franchise through three television seasons (1966-69) and six Star Trek feature films (1979-91).

Kelley married Carolyn Dowling in 1945; they remained together until his death at age 79 in 1999.

In his role as Dr. McCoy, Kelley has been pictured on stamps from multiple countries, including Micronesia, Maldives, Grenada, and others. In 2016, he was featured on two stamps from Canada using the same illustration: a $1.20 stamp (Scott 2912c), and a nondenominated (85¢) permanent-rate stamp for domestic letter mail (2921).