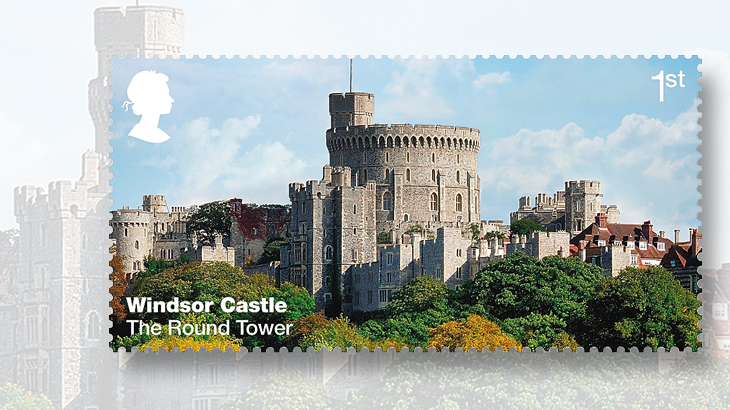 Great Britain’s Feb. 15 Windsor Castle set will include this stamp picturing the Round Tower. 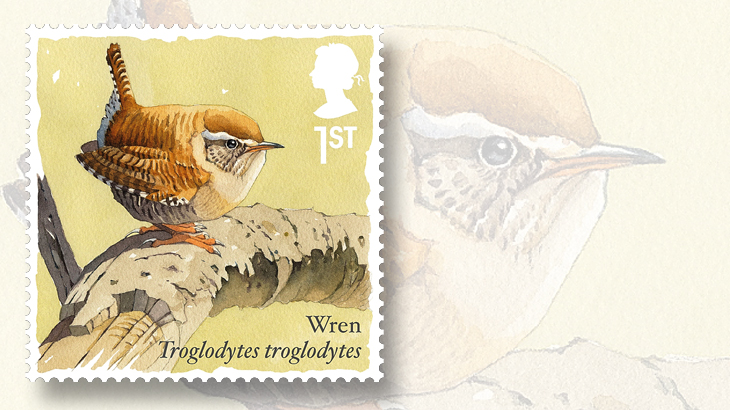 Great Britain will feature songbirds that herald spring and summer in its May 4 Songbirds issue. The wren, the most common breeding bird in the United Kingdom, is shown on one stamp. 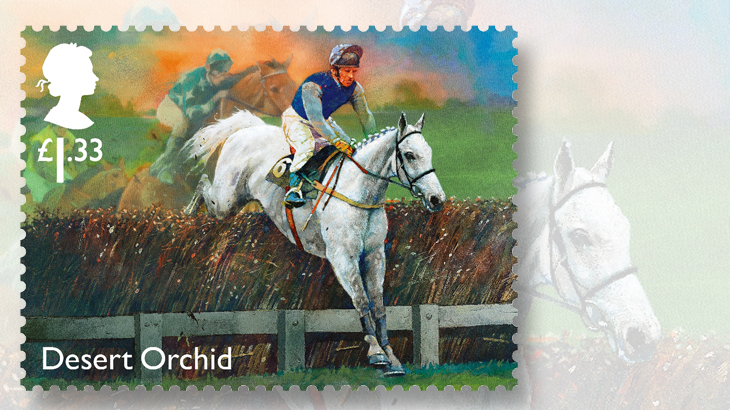 A stamp in Great Britain’s April 6 Racehorse Legends issue will honor Desert “Dessie” Orchid, the winner of the Cheltenham Gold Cup in 1989.
Previous
Next

Great Britain’s Royal Mail announced its commemorative stamp program for 2017 in a press release dated Jan. 2, in the January issue of its Philatelic Bulletin, and on its website.

The first issue in the program focuses on ancient Britain. The eight stamps are being issued Jan. 17 in four se-tenant (side-by-side) pairs.

Almost a month later, on Feb. 15, Royal Mail will issue 10 stamps featuring Windsor Castle, built by William the Conqueror in the 11th century.

The website of Great Britain’s royal family, explains the castle’s significance: “A Royal home and fortress for over 900 years, Windsor Castle, the largest occupied castle in the world, remains a working palace today. The Queen uses the Castle both as a private home, where she usually spends the weekend, and as an official Royal residence at which she undertakes certain formal duties.”

Royal Mail reports that the Windsor Castle stamps will show iconic views of both the interior and exterior of the castle, including an image of the Round Tower on a nondenominated first-class stamp.

A second set in its Music Giants series is scheduled to be issued March 14.

Stamps related to animals will be issued in the spring, with a Racehorse Legends set on April 6 and a Songbirds set on May 4.

According to Royal Mail, eight champion horses — four flat racers and four national hunt horses — that “achieved their greatest wins on UK race courses over the last six decades” will be honored on the Racehorse Legends stamps. Among these are Desert “Dessie” Orchid, the winner of the Cheltenham Gold Cup in 1989. The designs will picture the horses in action.

The Songbirds set of 10 will show a wren and nine other birds that herald spring and summer.

In June, Royal Mail will issue stamps commemorating the 50th anniversary of the Machin definitive series (June 5) and another set picturing windmills and watermills of the United Kingdom (June 20).

July issues will include a Landmark Buildings set on July 13, and the fourth set in the World War I series on July 31. The latter stamps will commemorate WWI events of 1917.

Classic toys will be displayed on stamps to be issued Aug. 22, and a Ladybirds booklet is scheduled to be issued Sept. 14.

The end-of-the-year issues will include a Christmas set on Nov. 7, as well as sets in October and November with subjects yet to be announced.

The first, Mail by Rail on Feb. 15, continues a Transport theme and coincides with the 90th anniversary of the post office underground railway.

A set of post & go labels on June 5 will commemorate the Machin anniversary, and a second Transport set on Sept. 13 will feature mail by air.