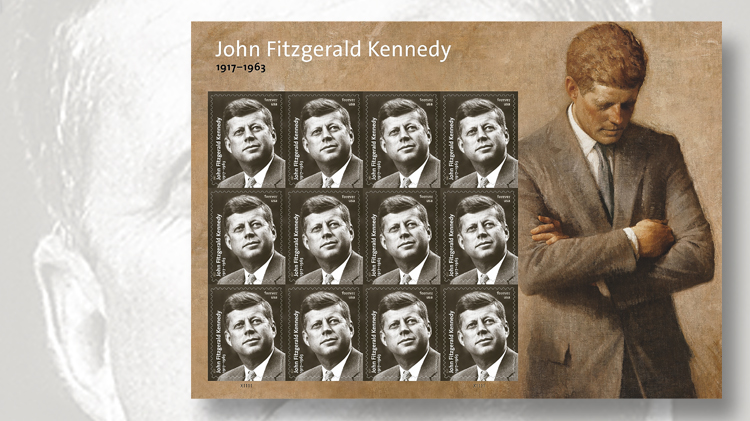 The pane of 12 John F. Kennedy stamps will feature a detail of the president's White House portrait in the selvage. The stamp will be issued Feb. 20 in Boston, Mass. 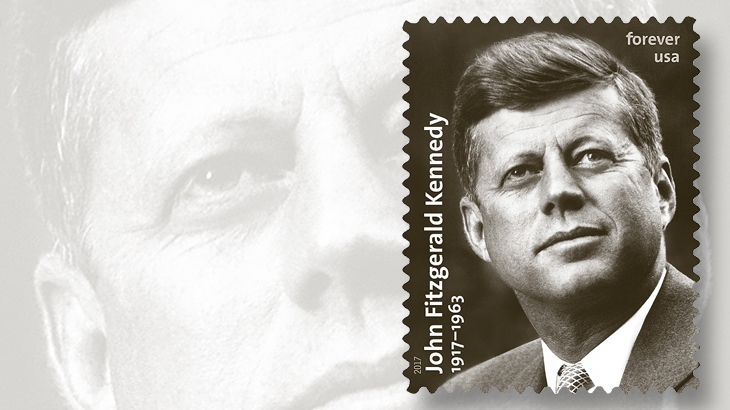 The United States Postal Service has revealed the format of the stamp pane for the forthcoming John F. Kennedy forever stamp.

The stamp commemorates the 100th anniversary of the president’s birth on May 29, 1917.

The stamp will be issued in a pane of 12 with an illustrated margin area at right that shows a detail from a 1970 oil painting of Kennedy by Aaron Shikler. The portrait was approved by JFK’s widow, Jacqueline, to serve as the official White House portrait.

The stamp pane will be issued Feb. 20, President’s Day, at the John F. Kennedy Presidential Library and Museum in Boston, Mass., and will be available only at the event on that day.

Because President’s Day is a legal holiday, post offices will be closed, and the stamp will go on sale nationwide Feb. 21.

The 10 a.m. first-day ceremony will be free and open to the public. The ceremony will take place prior to the sixth annual Presidents Day Family Festival; there is a fee to enter the library and museum to attend the festival. Children age 17 and under are free.

The Postal Service suggests that members of the public use the hashtag #JFKStamps when sharing news about the Kennedy stamp on social media.