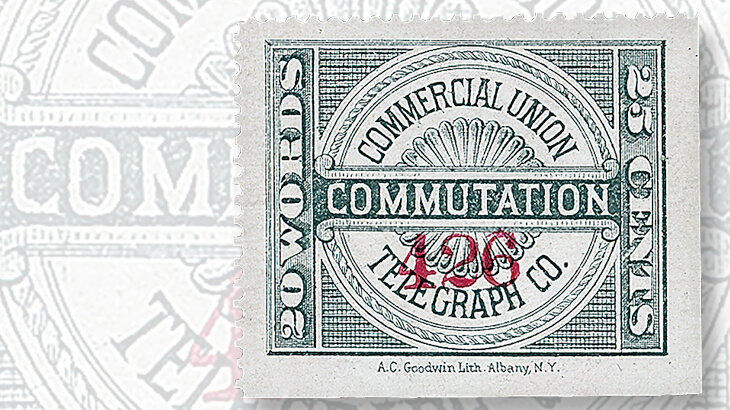 U.S. telegraph stamps have a small but dedicated following. They are listed alphabetically by the name of the company that issued them in the back-of-the-book section of the 2017 Scott Specialized Catalogue of United States Stamps and Covers, after savings stamps and before essays.

Telegraph stamps run the gamut from very expensive to quite affordable. A good place to start is with the 1891 Commercial Union Telegraph Co. commutation telegraph stamp (Scott 8T2). The Scott U.S. Specialized catalog values the stamp in unused condition at $35, and it is a good buy at that price.