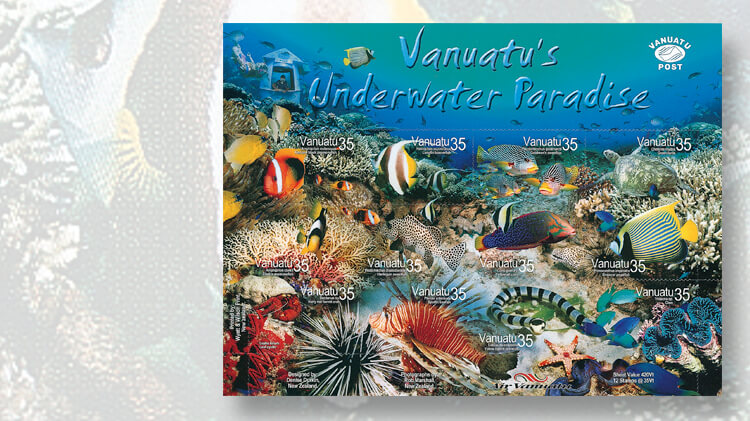 Vanuatu is a popular destination for skin divers and snorkelers. Its reefs, coral, and marine life often are featured on stamps, such as this 2004 issue. 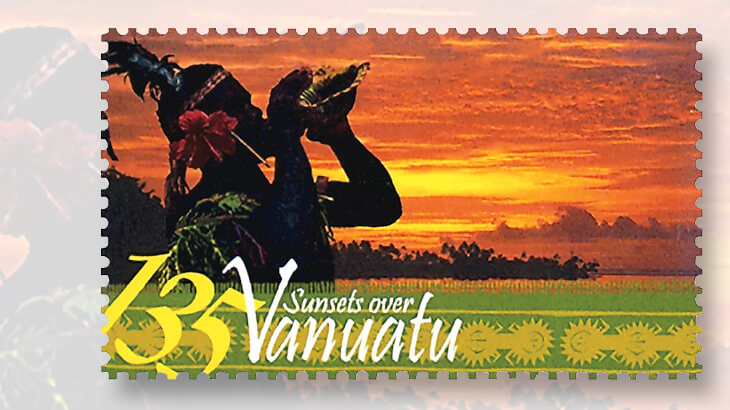 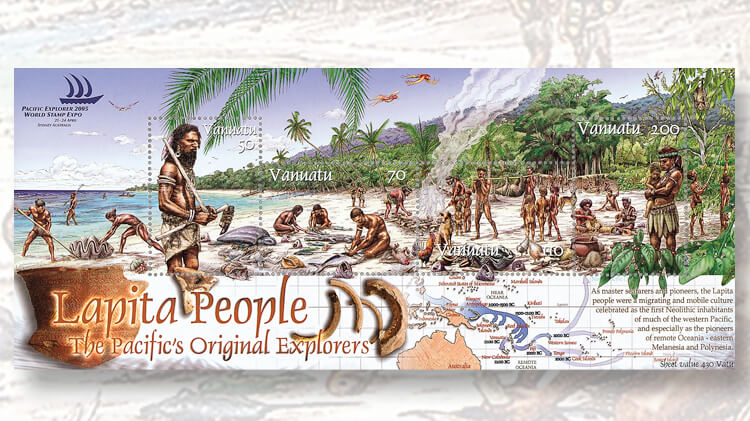 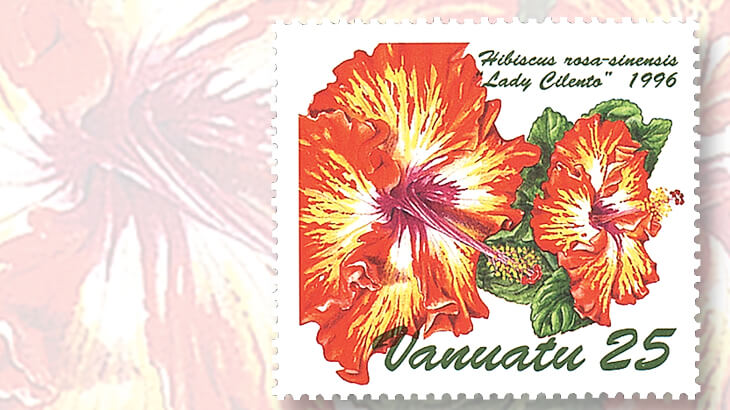 A Lady Cilento flower is one of four hibiscus cultivars on a Vanuatu stamp set issued in 1996. 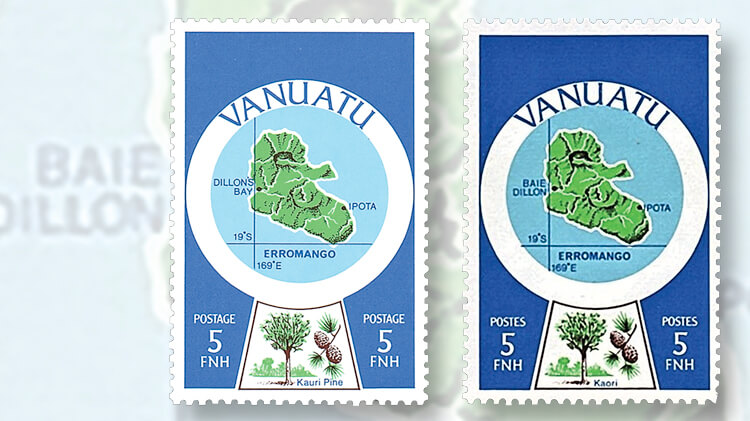 New Hebrides achieved independence and adopted the name Vanuatu in 1980. One of the first Vanuatu stamps, issued July 30, 1980, depicts Erromango Island and a kaori tree. These first issues are denominated in the New Hebrides franc, abbreviated FNH, and p 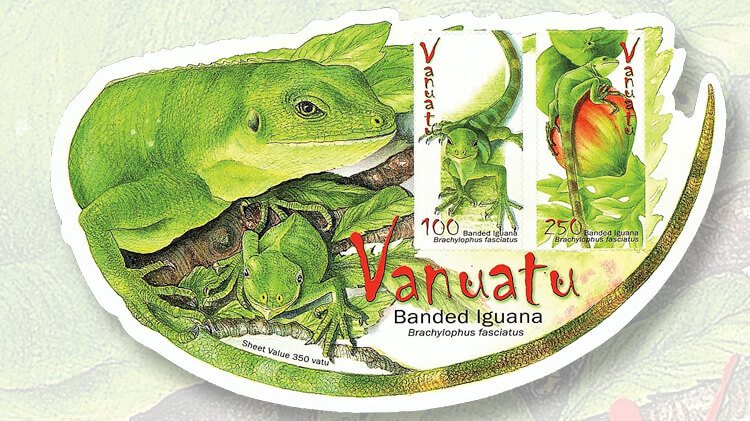 Vanuatu frequently issues die-cut postage stamps and miniature sheets, such as this Banded Iguana sheetlet of 2007. 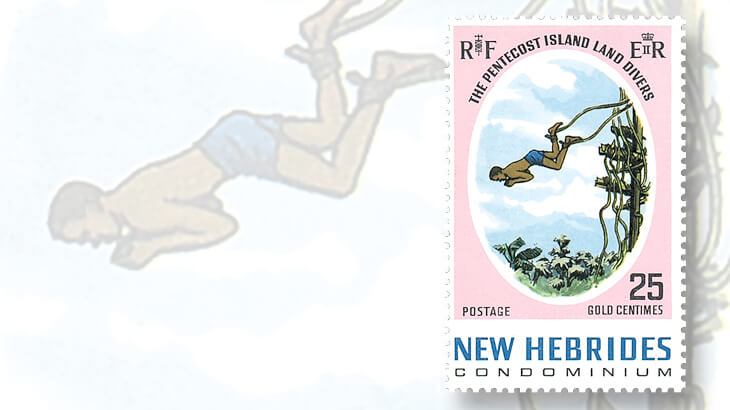 One of the more unusual local traditions, “land diving,” is depicted on a New Hebrides stamp issued in 1969. 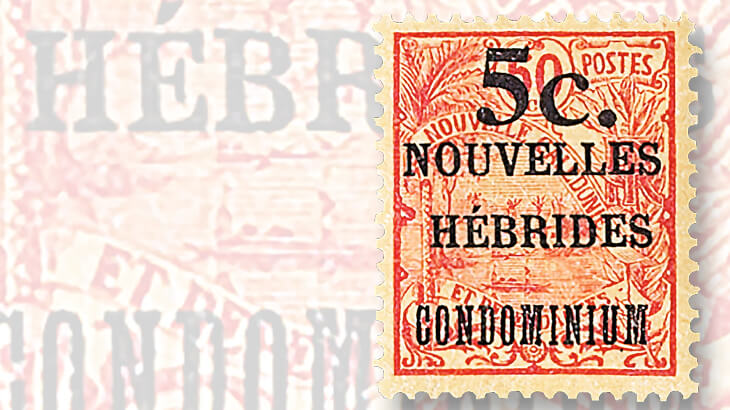 Reflecting the French part of joint rule with Great Britain of New Hebrides, stamps of New Caledonia were overprinted for use in the islands in 1908. 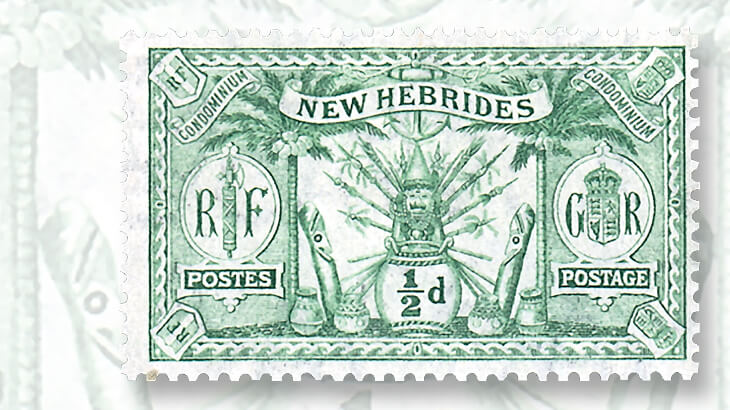 A set of nine stamps with the same design of native idols as the French-language New Hebrides stamp set was issued July 25, 1911. Images refer to the joint British-French government known as the condominium, but with denominations and wording in English. 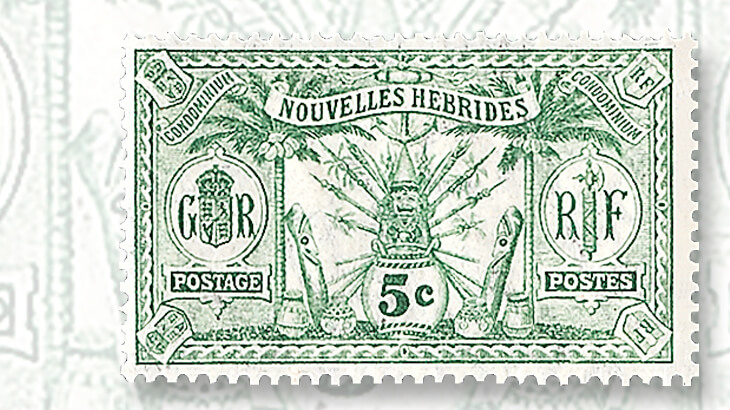 A set of stamps with a native idols design was issued July 12, 1911, in New Hebrides, with denominations and wording in French. 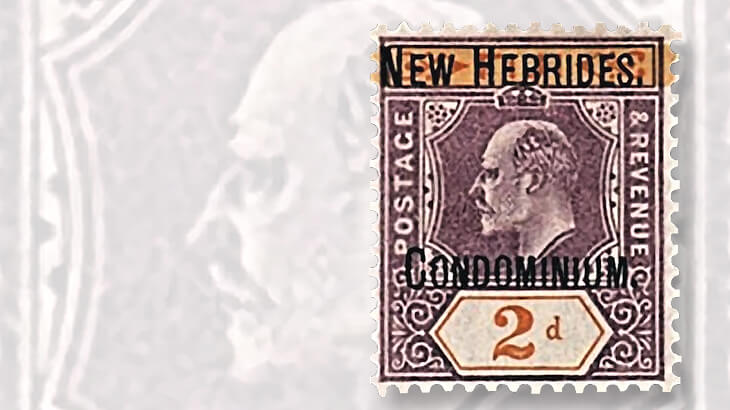 Fiji postage stamps from 1903-06 were overprinted for use in New Hebrides in 1908.
Previous
Next

If you have ever watched travelogues on television, perhaps you have seen fearless Melanesian men of the South Pacific dive from creaky, handmade wooden towers.

They hurl head first to the ground, with nothing more than vines attached to the towers and tied around their ankles to stop their heads a mere couple of inches away from crashing into the earth.

In the early days of TV travelogues, the island group upon which this so-called “land diving” took place was known as the New Hebrides Condominium.

This volcanic archipelago in the South Pacific is more than 1,000 miles from Australia; its closest neighbor is New Caledonia, some 340 miles to the southwest.

France and Great Britain colonized New Hebrides in the late 18th century. In 1906, both nations formed an agreement that they would jointly govern the region in an administrative arrangement called the New Hebrides Condominium.

Those early days of the condominium government required postage stamps that used both English and French languages. Look for these issues in the Scott Standard Postage Stamp Catalogue under “New Hebrides, British” and “New Hebrides, French.”

The keytype stamps for British New Hebrides originally were issued for Fiji and then overprinted “NEW HEBRIDES/CONDOMINIUM.”

French New Hebrides postage stamps originally were made for use in French New Caledonia, with “NOUVELLES/HEBRIDES” overprinted in 1908, and “CONDOMINIUM” added to the earlier overprint in 1910.

In 1911, New Hebrides postage stamps began to reflect the joint British and French rule, with denominations in both French centimes and francs, and British pence.

The dual-language condominium stamps continued right up to the time of New Hebrides independence in 1980, when the newly independent nation was named Vanuatu.

Why definitive stamps of Fiji from 1938-55 are so interesting: The stamps' images convey the beauty and lifestyle of this South Pacific island country, and several of the denominations are complex.

Vanuatu Scott 280-292 are printed in English, with the word “postage” above the denominations, which are in the New Hebrides franc. Scott 280a-292a, with the same designs as the other 13 stamps, use the French “postes.”

The Hebrides vatu replaced the franc as the denomination on stamps soon after.

Vanuatu’s official languages are Bislama, French, and English, with the latter two being the principal languages used in education. These first stamps from 1980 are the only bilinguals issued by Vanuatu.

A miniature sheet (Scott 868) issued in 2005 and pictured nearby, depicts the prehistoric Lapita people of Vanuatu in their daily lives, using tools and fishing and tending to their domestic duties.

Tourism is an important part of Vanuatu’s economy, and the diving opportunities there are among the best in the South Pacific.

A gorgeous, visitor-attracting sunset is presented on a 60-vatu stamp from 2005 (Scott 864), the first of a set of four stamps with beach sunset images.

Seven stamps with tourist locales (including their website addresses) were issued in 2008 (Scott 949-955).

Give Vanuatu collecting a try, but be aware that these stamps can be addictive! Despite that potential “problem,” you won’t go broke, given the issues’ modest costs.

And, looking over these beautiful stamps on a cold winter night is great therapy, because you can imagine yourself being a land diver! Or, maybe not …