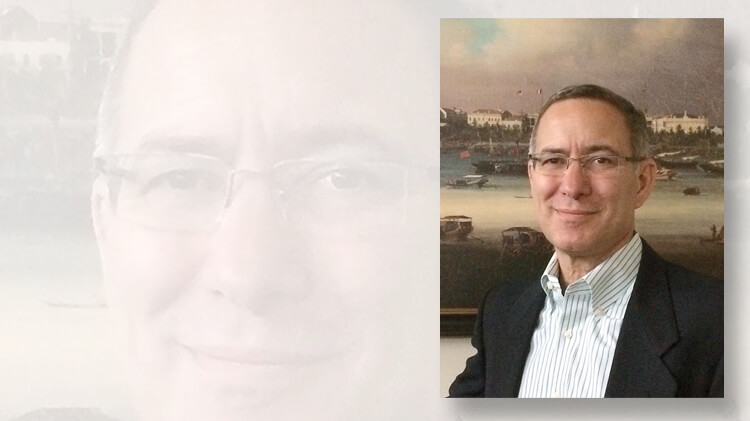 Elliot Gruber, who has worked for nonprofit organizations for 30 years, has been selected by the Smithsonian Institution to head the National Postal Museum in Washington, D.C. He begins his new job Sept. 5.

What attracted the Smithsonian Institution to its new National Postal Museum director were his fundraising skills and museum experience.

That’s what won Elliot Gruber the job he will assume Sept. 5 as the third director of the 24-year-old Washington museum, according to Smithsonian Secretary David Skorton.

“Elliot brings great and relevant experience to the directorship of the National Postal Museum,” Skorton said as he announced Gruber’s selection July 13.

“His skills as a museum leader and his fundraising acumen make him an excellent choice to lead this important museum into its next chapter,” the Smithsonian executive said.

While the Smithsonian news release did not spell out what that next chapter is, Gruber’s background offers a clear signal that it probably includes raising more money for expanded programs and more efforts to expand the museum’s audience.

“I am proud to have been selected to lead the National Postal Museum, which tells the story of our American journey, past, present and future,” Gruber said in the release.

“I look forward to using my experience to work with the museum’s staff, advisory council and the Council of Philatelists to build new partnerships within the Smithsonian, across the country and around the world,” he was quoted as saying.

Gruber, 59, who currently is the chief development officer at the Jewish Social Service Agency in the Washington area, told Linns he was a stamp collector “as a child and I still have those stamps.”

But he quickly cautioned that he does not have a detailed knowledge of stamps or coins, which he also collected.

Gruber said he had visited the postal museum “a number of times” before he learned the director’s position was open.

With the stamps the museum has, he said he was already envisioning “the incredible stories we can tell.”

But they do represent a group that the prospective director said he wants to lure to the museum.

He said his experience creating “partnerships” at other museums would be an asset. Baseball, for example, can be told through stamps, he said.

Gruber who has been at the Jewish Social Service Agency since January, launched a $6 million capital campaign to renovate one of the organization’s buildings.

Before joining the agency he was a principal at EHG Consulting, which advises nonprofits on fundraising efforts.

Gruber has worked for the Houston Maritime Museum, which is preparing a $50 million capital campaign for a new facility, and Ford’s Theatre in Washington, where he was said to have conducted a fundraising analysis.

He has also managed fundraising efforts for the United Way of the National Capital Area, the Gettysburg Foundation, the Ocean Conservancy, the Civil War Trust and the National Parks Conservation Association.

Between 2013 and 2016, Gruber was president and chief executive officer of the Mariners’ Museum and Park in Newport News, Va., where he managed a $7 million annual budget, 550 acres of parkland and a staff of 90.

By comparison, the Postal Museum had an annual budget of $4.3 million in fiscal 2015, 35 employees and 357,000 visitors, according to a Smithsonian fact sheet.

Fundraising was a major task for Allen Kane, a former postal executive who ran the museum from Feb. 19, 2002, to January 2017. He retired after suffering a heart attack.

Kane often recalled his selection was opposed by stamp collectors who argued that the museum’s head had to be a collector.

But Kane won over his critics by focusing greater attention on stamps and bringing rare collections of the stamps to the Capitol facility.

Perhaps Kane’s greatest accomplishment was opening the William H. Gross Gallery in 2013, which doubled the museum’s size and made it the largest museum in the world dedicated to stamps and postal history.

The National Postal Museum, which occupies more than 100,000 square feet of the historic City Post Office Building located on the corner of First Street and Massachusetts Avenue N.E. in Washington, is dedicated to the preservation, study and presentation of postal history and philately through exhibits, public programs and research.