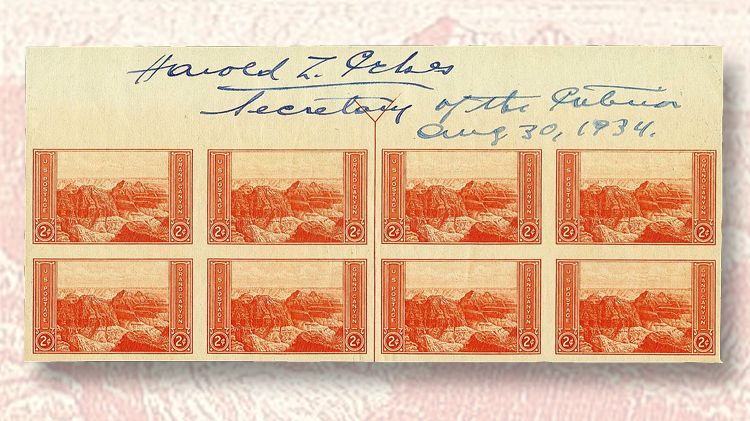 The H.R. Harmer sale included a set of the National Parks series of 1934 in marginal blocks of eight or 12, three of which are signed by then-Secretary of the Interior Harold L. Ickes and dated Aug. 30, 1934. The set of blocks, which all include marginal 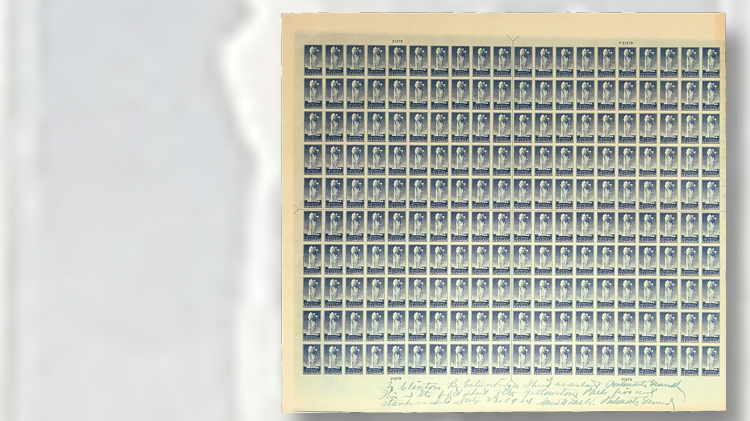 H.R. Harmer, during its May 31-June 3 auction, offered a complete set of “Farley’s Follies” imperforate sheets, each signed and personalized in the margin by Postmaster General James A. Farley. The new owner paid $59,000 for the sought-after, favor-made s 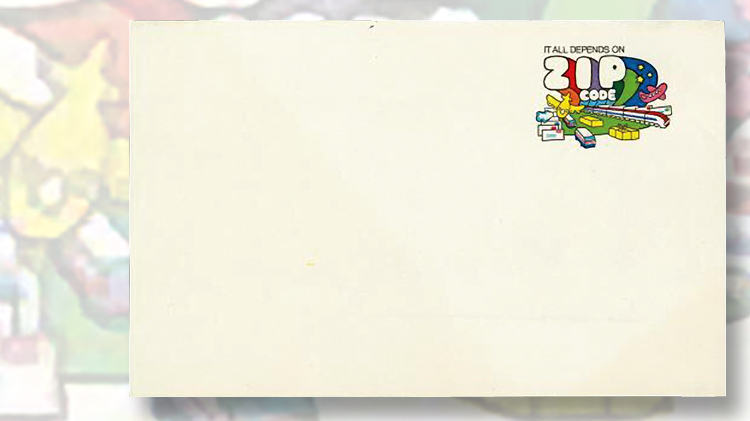 Among postal stationery in the H.R. Harmer sale was an interesting essay for a postal card that was never issued. This example, featuring an indicium similar to the 1974 10¢ ZIP Code stamp, sold for $1,062. 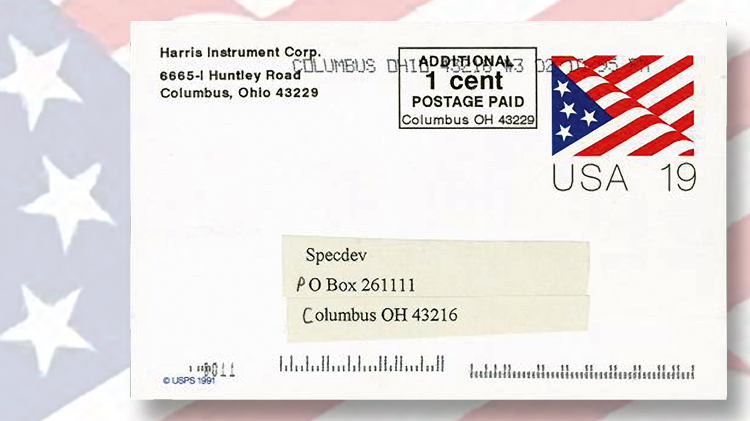 This 19¢ Flag card of 1991 reportedly received a locally applied imprint reading “Additional 1 Cent Postage Paid/Columbus OH 43229” on a run of about 5,000 cards, of which some 100 survive in collectors’ hands. H.R. Harmer found it a new home for $153.
Previous
Next

The blockbuster attraction of the sale was several lots made up of “Farley’s Follies,” the imperforate, ungummed sheets of commemorative stamps that were prepared in 1934 as exclusive souvenirs for President Franklin D. Roosevelt and other senior officials by the postmaster at the time, James A. Farley.

These favor-made sheets caused such an uproar among collectors at the time that the USPOD was obliged to issue the imperforates to the general public the following year, in a series of special printings (Scott 752-771).

But while the special printings of 1935 are quite common, the original “follies” of 1934, identifiable by handwritten and dated inscriptions in the sheet margins, are rare and highly sought after.

A full set of 15 uncut sheets, representing commemoratives, souvenir sheets and one airmail special delivery stamp (Scott 738-751 and CE1), was each inscribed in the margin with an extensive dedication by Farley to Third Assistant Postmaster General Clinton B. Eilenberger.

The sale also included a set of the National Parks series of 1934 in marginal blocks of eight or 12, three of which are signed by then-Secretary of the Interior Harold L. Ickes and dated Aug. 30, 1934.

These come from two sets of imperforate sheets that Ickes requested to have gummed so that he could give the stamps to friends as gifts.

The set of blocks, which all include marginal arrow markings, sold for $2,832.

Among postal stationery in the sale was an interesting essay (artwork for a proposed design) for a postal card that was never issued.

Bearing a nondenominated indicium very similar to the 10¢ It All Depends on ZIP Code stamp of 1974 (Scott 1511), the design is horizontal rather than vertical, and the streamlined train is red, white, and blue rather than red and pink.

Supposedly conceived for international mail, the essay was described as “very fine and rare.” It fetched $1,062.

Another lot featured a postal card, this time an issued one but with a surcharge that is unlisted in Scott.

Want to see what other auction houses had to offer?