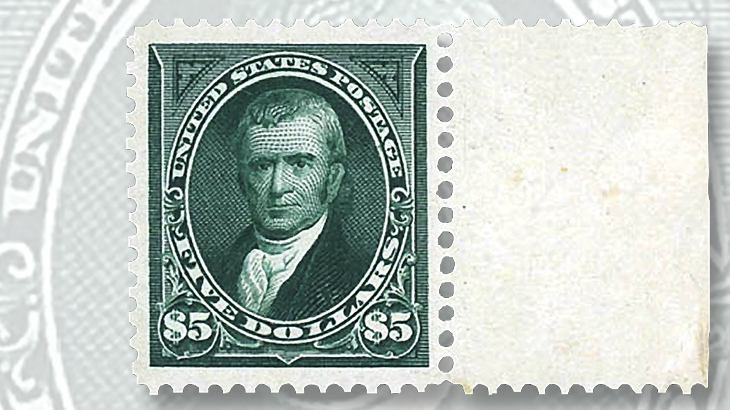 Keller sold this marvelous sheet-margin single of the issued $5 Marshall stamp for $10,800. An extremely fine-90 jumbo grade from the Philatelic Foundation likely contributed to the handsome realization. 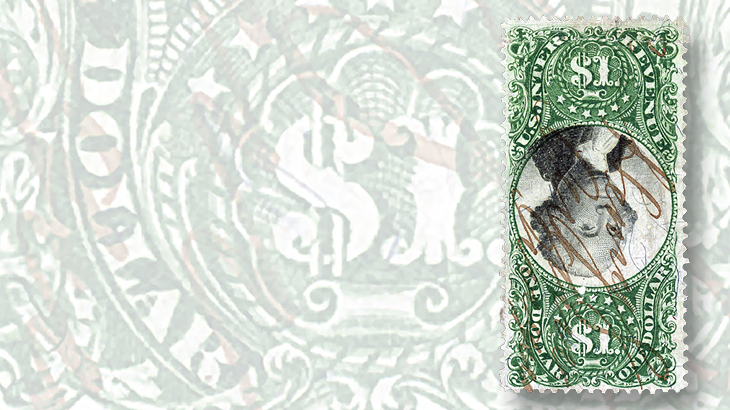 Inverts are among the most sought-after of stamp errors. Kelleher served up this 1872 $1 documentary picturing Washington upside down to a new owner for $9,000. 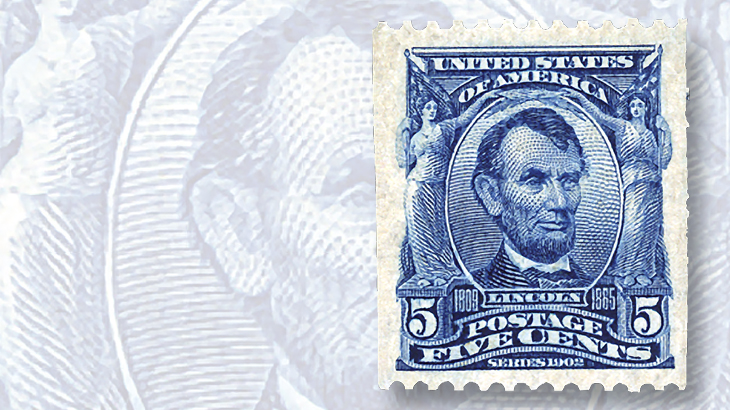 One of the early 20th-century issues up for bids at the Kelleher auction was this experimental 5¢ Lincoln coil stamp from the series of 1902. Described by Kelleher as “immaculate” and “quite possibly the finest known,” it sold for $18,000. 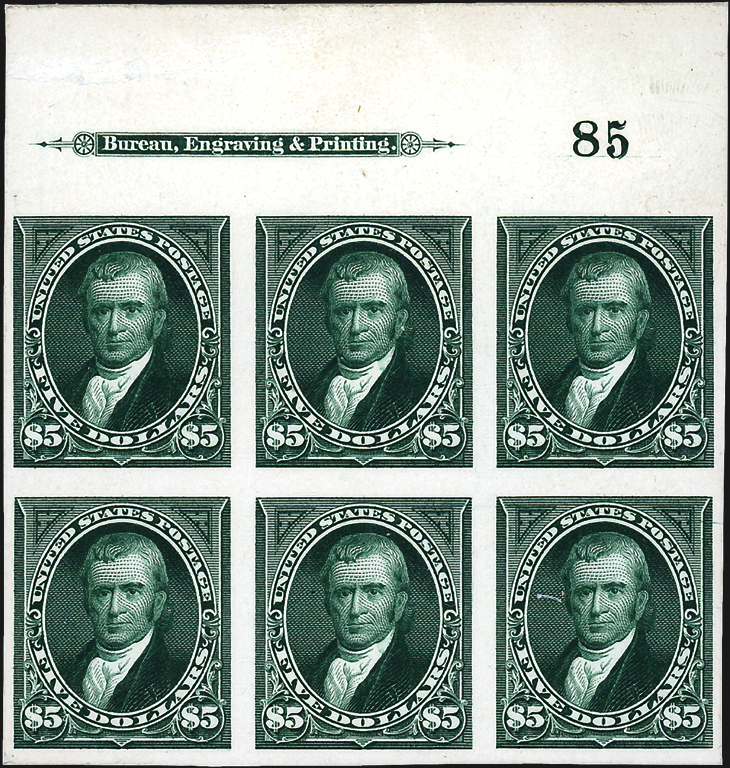 Among the 19th-century U.S. items in the May 2-4 Kelleher sale was this beautiful plate block from an imperforate plate proof on card of the 1894 $5 John Marshall. The new owner took it home for $4,800. 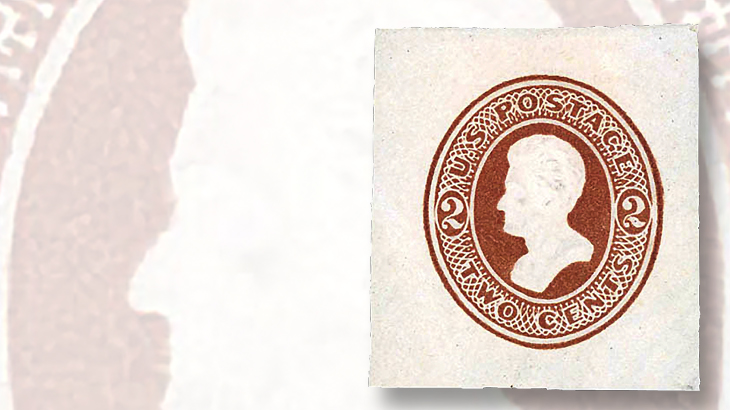 According to Kelleher, just two examples of the 1874 2¢ brown Andrew Jackson cut square, printed using die 2 on cream-colored paper, are known. The firm sold this example for $16,800.
Previous
Next

The firm of Daniel F. Kelleher held a sale of U.S. and worldwide stamps May 2-4 at their offices in Danbury, Conn.

Among the 19th-century U.S. items in the sale was a beautiful plate block from an imperforate plate proof on card of the 1894 $5 John Marshall issue (Scott 263P4).

Die and plate proofs are listed in the Scott Specialized Catalogue of United States Stamps and Covers with a “P” suffix followed by a number indicating the kind of proof or the kind of paper it’s printed on.

This unique item is the only upper plate block known in this form, according to Kelleher. Only one proof sheet of 100 was made on card. The block, with a light crease in the margin but otherwise crisp and pristine, sold for $4,800, including the 20 percent buyer’s premium charged by Kelleher on all lots.

A superb sheet-margin single of the issued $5 Marshall stamp (Scott 263), graded extremely fine-90 jumbo by the Philatelic Foundation, went for $10,800.

Among early 20th-century issues was an experimental 5¢ Lincoln coil stamp from the series of 1902 (Scott 317). Issued in 1908, the stamp had only limited use before being superseded by the Washington-Franklin series introduced later that year.

The well-centered, never-hinged example in the Kelleher sale, described as “immaculate” and “quite possibly the finest known,” sold for $18,000.

Turning to the back of the book, the auction included a rare cut-square envelope stamp and an inverted-center revenue issue.

Once upon a time, stamps that were printed directly onto envelopes, often with embossed designs, were collected alongside adhesive postage stamps in most albums.

Typically, the indicium would be “cut square” with the corner of the envelope and saved that way.

For whatever reason, cut squares (and postal stationery generally) have lagged in popularity to the extent that many collectors nowadays never bother to learn much about them. But in a small corner of the philatelic universe, they remain sought-after, if esoteric, items.

The jockeying to win the lucrative contract to print stamped envelopes for the U.S. Post Office Department, beginning in 1853, resulted in a number of subtle die, paper, and watermark varieties during the first few decades of their production.

In some cases, those minuscule die varieties can mean the difference between an inexpensive cut square and one worth thousands of dollars.

A case in point is an item in the Kelleher sale: a 2¢ brown Andrew Jackson of 1874, printed using die 2 on cream-colored paper (Scott U130).

Die 2 is distinguished by rounded balls at the tops of the “2” numerals, while identification of the cream paper is a subtle distinction best entrusted to experts. The Scott U.S. Specialized catalog lists No. U130 with a plus sign (+), indicating that it was not regularly issued.

Kelleher stated that only two examples of Scott U130 are known. Their example, signed by an old-time dealer named Bartels and accompanied by a Philatelic Foundation certificate, sold for $16,800.

Among the revenue stamps offered in the sale was a beautiful 1872 $1 documentary from the third issue, with its central portrait of Washington inverted (Scott R144a). Despite some trivial faults, this stamp was noted as being “in much better condition than most of its contemporaries,” with only a light manuscript cancel and fine-to-very-fine centering. It sold for $9,000.