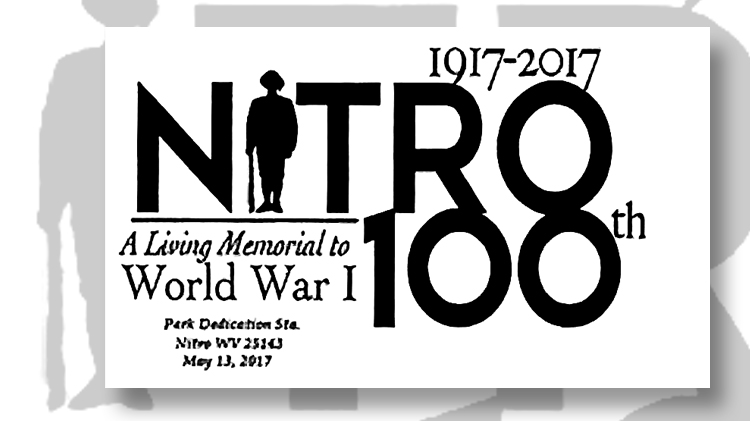 Just about 15 miles west of Charleston, the capital of West Virginia, is the city of Nitro, W.Va., which is celebrating its centennial this year.

The city’s unusual name comes from the term nitrocellulose: Nitro was created in 1917 as a manufacturing complex to provide gunpowder for the United States War Department during World War I.

Commemorating its 100th anniversary this year, Nitro established the Living Memorial Park and recently dedicated a six-foot bronze statue there of a World War I infantryman (or “doughboy”).

An image of the statue appears as part of a 100th anniversary postmark used May 13 to commemorate the new park and the town’s history.

To obtain this postmark, which has been granted a 30-day extension, address your request to:

The following postmarks have been granted 60-day extensions.