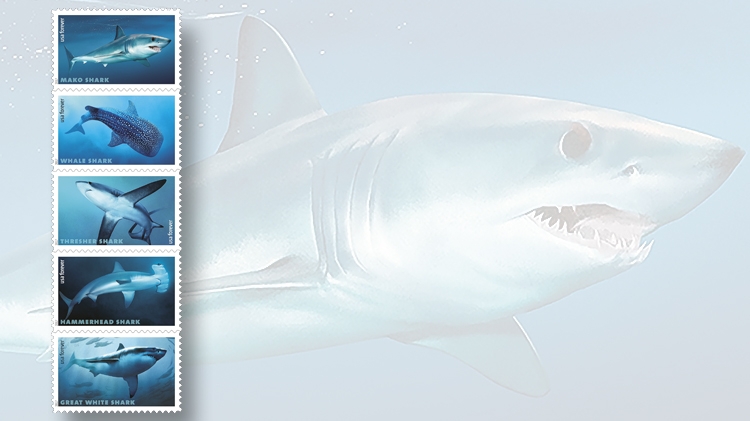 The United States Postal Service has announced that the Sharks set of five forever stamps will be issued July 26 in Newport, Ky. 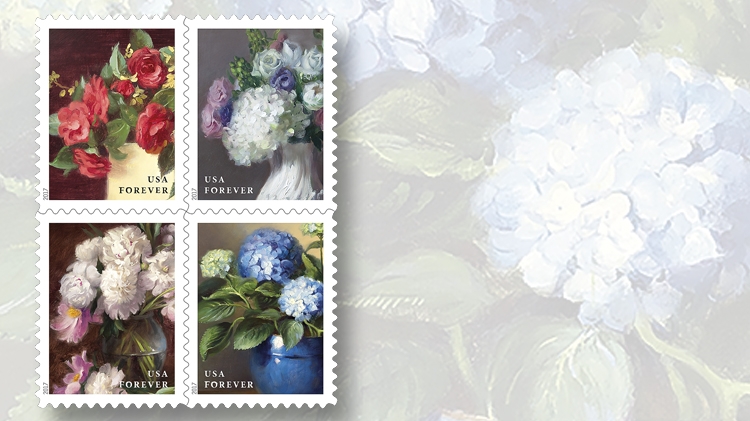 An Aug. 16 issue date has been selected for the Flowers from the Garden set of four. The stamps will be issued in Sioux Falls, S.D.
Previous
Next

The Sharks set of five forever stamps will be issued July 26 in Newport, Ky. Although additional details were not released, the city just south of Cincinnati, Ohio, is home to the Newport Aquarium, which includes exhibits of sharks and other underwater creatures.

The stamps in the Sharks set picture a shortfin mako shark, pelagic thresher shark, great white shark, whale shark, and scalloped hammerhead shark. The stamps are being issued in a pane of 20.

The Flowers from the Garden set of four forever stamps will be issued Aug. 16 in Sioux Falls, S.D. The stamps showing red camellias, white hydrangeas with roses, peonies, and blue hydrangeas are planned as a double-sided pane of 20 (described as a booklet by the Postal Service).

The new dates and locations will be included in Linn’s  2017 U.S. Stamp Program.