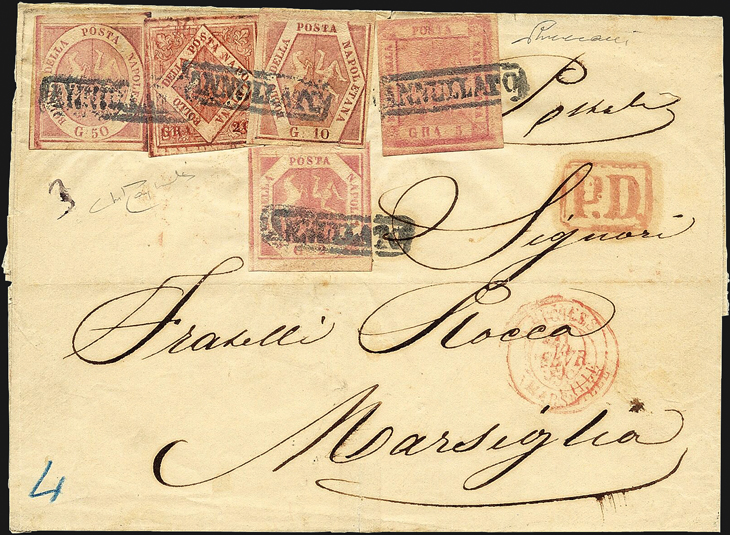 A strong selection of postal history marked Vaccari’s May 6 auction in Italy. Five different stamps, each with a a boxed “Annullato” (Canceled) marking, comprise the scarce franking on this 1859 cover from Naples to Marseille. Vaccari gaveled it to a new owner for about $10,300. 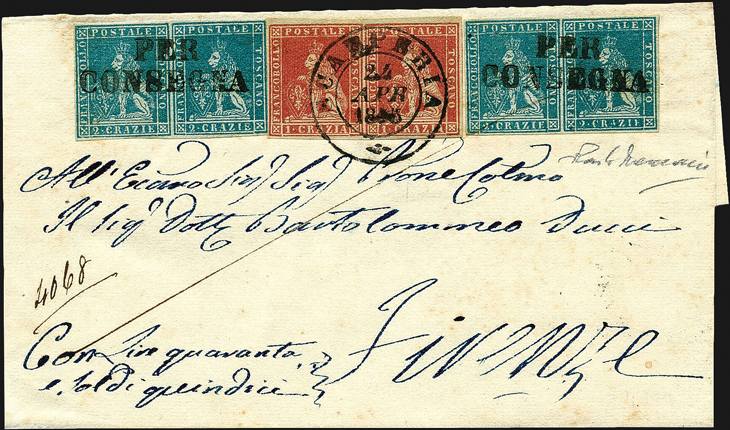 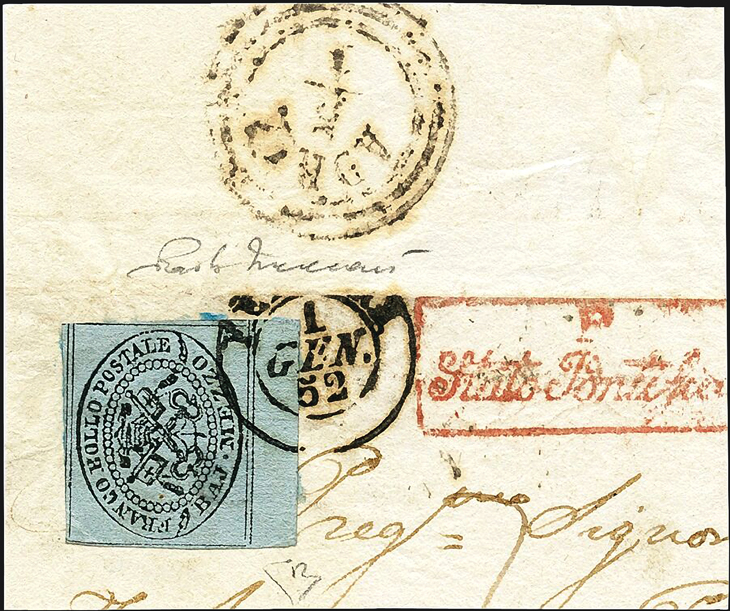 Bidders in the Vaccari sale recognized the significance of the Jan. 1, 1852, Ferrara postmark on this large piece of an envelope bearing a Roman States ½-bajocco gray-blue stamp: the first day of issue for the pope’s first stamps. Accompanied by two certificates, the item sold for $7,800.
Previous
Next