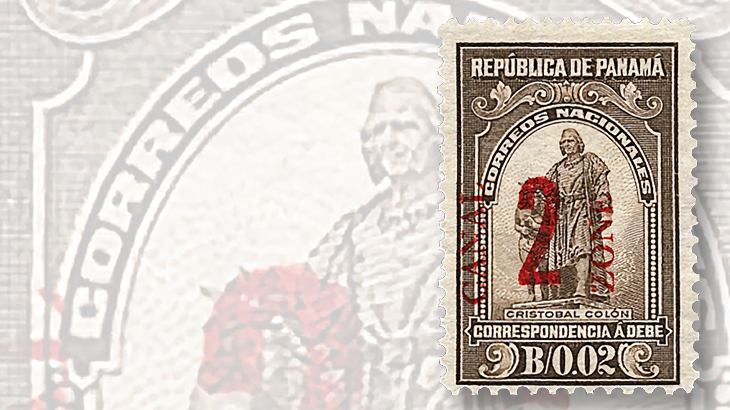 Stamps of the Canal Zone, the roughly 10-mile strip of territory lying athwart the Panama Canal, which was administered by the United States from 1904 to 1979, remains very popular with U.S. collectors.

The most difficult part of a Canal Zone collection is the stamps of Panama overprinted for use in the Canal Zone. A good set to look for is the two surcharged postage due stamps issued in December 1919 (Scott J10-J11). The stamps were overprinted in carmine ink by the Panama Canal Press, Mount Hope, Canal Zone. The “Canal Zone” overprint is type III.

The 2017 Scott Specialized Catalogue of United States Stamps and Covers values the stamps in unused hinged condition at $30 (Scott J10) and $35 (Scott J11), and at $11 and $12.50, respectively, in used condition. Mint never-hinged examples bring a nice premium, but watch out for examples with gum damage from the humid climate. Stamps in true very fine grade are quite difficult to find and will bring a premium, because most of the issue was not well centered.