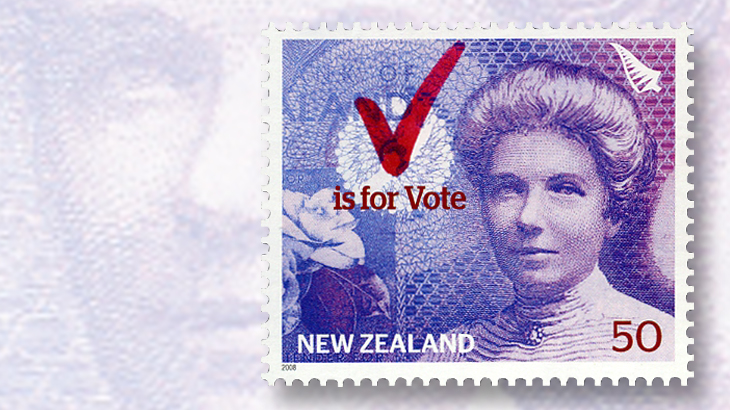 Kate Sheppard is recognized as a prominent leader in the women’s suffrage movement, particularly in New Zealand, where she lived for much of her life.

She was born Catherine Wilson Malcolm to Scottish parents living in Liverpool, England, on March 10, 1847, and later moved to Scotland with her family during her youth. After her father died in 1862, she moved to New Zealand with her mother, two brothers and a sister, arriving in 1869 and settling in Christchurch, where another sister had moved previously.

When she was 24 years old, she married local merchant Walter Sheppard and devoted much of her time to church activities, including the temperance movement, which advocated abstinence or moderation in alcohol consumption.

Many women involved in the New Zealand temperance movement recognized that to successfully achieve their goals, they needed to secure the right for women to vote. Through her public appearances, published articles and public activities, Sheppard became a leading voice for the suffrage movement, which successfully brought about women’s suffrage in 1893, making New Zealand the first country to grant adult women the right to vote.

Throughout her life, Sheppard continued to be a voice for women’s rights, founding and editing the newspaper The White Ribbon for the Women’s Christian Temperance Union in 1895. She died in 1934.