And the winner of the 2017 APS single-frame Champion of Champions is ... 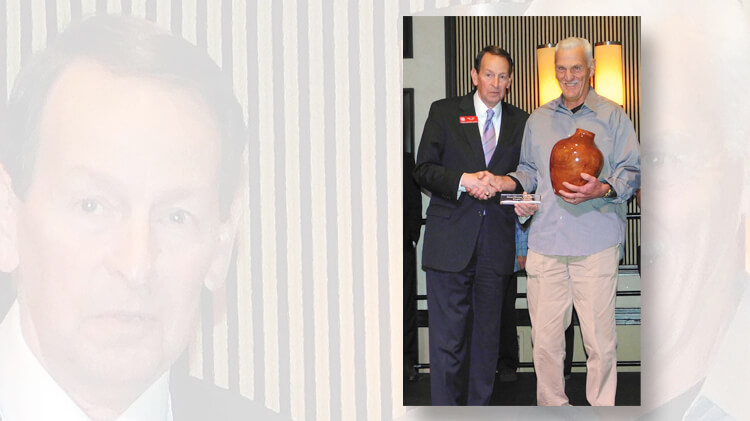 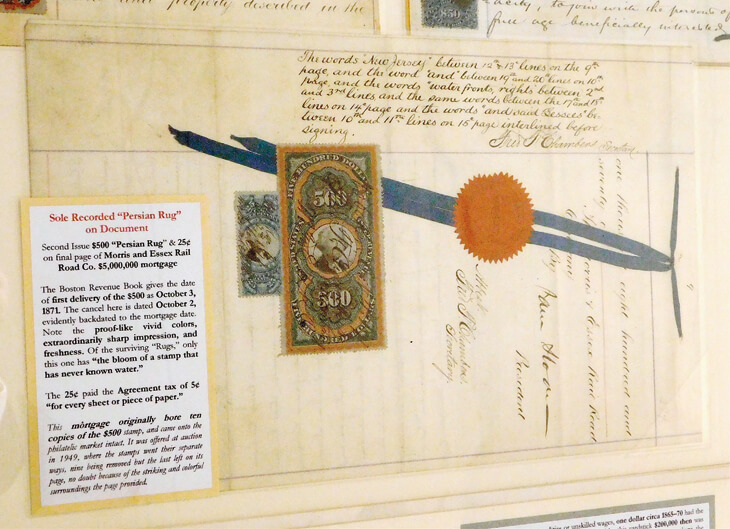 Mahler’s exhibit includes the only recorded example of the 1871 $500 second-issue revenue stamp, known as the “Persian Rug,” on an original document.
Previous
Next

His win was announced during the March 4 awards banquet at the American Philatelic Society’s 2017 Ameristamp Expo in Reno, Nev.

The winner was chosen from among 21 exhibits that received single-frame grand awards from APS national shows over the past year.

Mahler’s exhibit qualified for the annual competition with a single-frame grand award win last September at Sescal 2016, the annual stamp exhibition sponsored by the Federated Philatelic Clubs of Southern California.

It was the first single-frame championship win for Mahler; in 2001 he took home the multiframe Champion of Champions award for “United States Civil War History: A Survey of the Documentary Taxes.”

His “Big Rug, Small Rug, Baby Rug” exhibit focuses on the U.S. $200 and $500 revenue stamps of the Civil War on original documents. The stamps were created and used to facilitate payment of particularly large taxes.

A longtime collector’s No. 1 tip to prospective stamp exhibitors: Steven Zwillinger is a longtime exhibitor who has won numerous gold medals for his exhibits of India and Burma. He also is an accomplished writer.

Significant increases in those taxes during the war resulted in the printing of the 1864 $200 first issue revenue stamp (Scott R102), which is shown on deeds and mortgages in Mahler’s exhibit. These were followed in 1871 by the $200 “small rug” second issue (R132) and the tricolor $500 stamp known as the large “Persian Rug” — the “big rug” — for its intricate and colorful design (R133).

“The $500 ‘Persian Rug’ is shown on the final page of a $5 million mortgage,” Mahler notes in the introduction to his exhibit, “the only recorded example of this iconic stamp on document.”

Other major award winners announced at the banquet included Jeffery Bennett, most popular prix d’honneur for “Baseball Centennial: Every Boy in America Could Get a First Day Cover”; Anthony F. Dewey, Ameristamp Expo single-frame grand award for “The War Rate: 1815-1816”; and Alex Fillion, best youth and grand award for “Dairy Products of the Cow.”