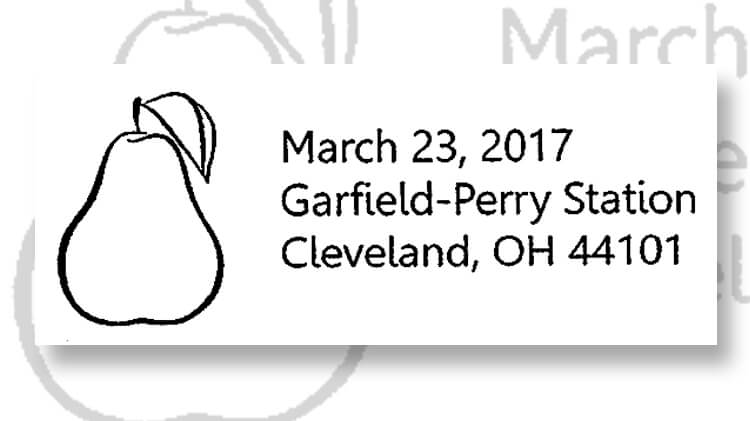 A new variety of the 10¢ Red Pears definitive stamp was issued March 23 with a first-day ceremony at the March Party stamp show in Cleveland, Ohio.

The annual Cleveland show is hosted by the Garfield-Perry Stamp Club.

The stamp show offered a simple but attractive pictorial postmark featuring a single pear for the first-day event.

This postmark is in addition to the official Cleveland first-day cancel, which has a different pictorial element showing pears.

If you’d like to obtain the show cancel with the first-day date, include a note with your request specifically asking for the March 23 postmark, because the same postmark was available all three days of the show.

Remember that an envelope must be franked with at least 49¢ postage to receive the postmark.

The following postmarks have been granted a 30-day extension:

The following postmarks have been granted a 90-day extension: