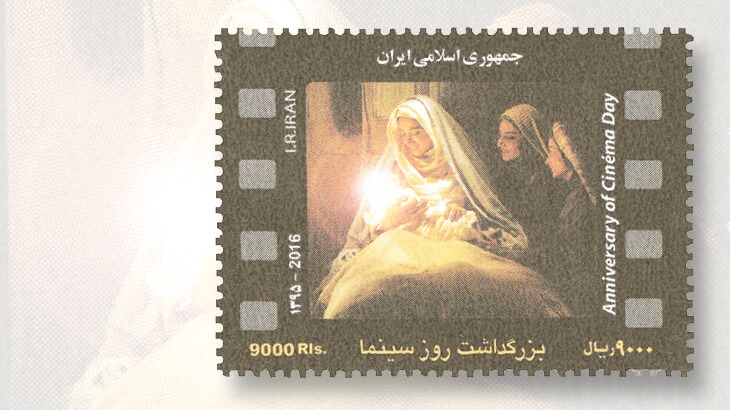 Iran's philatelic bureau, Phila­Iran, was closed after the release of a stamp showing the Madonna and Child, according to a report Linn’s received in early January from Armen Hovsepian of ArmenStamp.

The commemorative depicts Mary holding the newborn Jesus whose head is emitting a bright light. Two women, representing angels according to Hovsepian, are pictured on the right. This central design is surrounded by an image of a film strip.

English-language inscriptions on the stamp include the country name “I.R. Iran” (Islamic Republic of Iran) and “Anniversary of Cinema Day”.

Hovespian reported to Linn’s that “the Islamic clergy” were so angered by the stamp that PhilaIran was shut down and has not yet reopened as of early March. He added that the stamp was being recalled because most post offices were refusing to sell it.

Mary (Maryam) is venerated in the Islamic religion and is the only woman mentioned by name in the Quran. Her son Jesus (Isa) is considered a prophet.

In 1982, Iran issued a stamp (Scott 2099) with the English inscription “Glorification of Christ’s birth.”

The design depicts a robed figure holding a scale of justice and a verse from the Quran relative to Christ, according to the description in the Scott Standard Postage Stamp Catalogue.

As noted in the Scott Standard catalog, the importation of stamps of Iran is prohibited in the United States since Oct. 29, 1987.