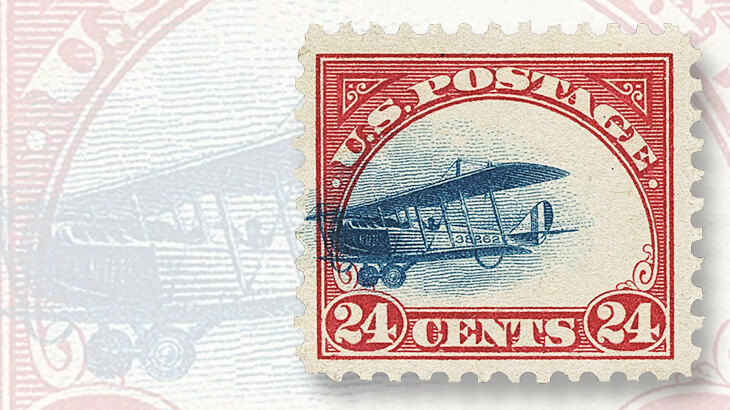 This “supersonic plane” variety of the 24¢ Jenny, in which the wingtip sails right out of the frame and off the edge of the stamp, brought $4,425 at the Siegel sale of the Price collection. 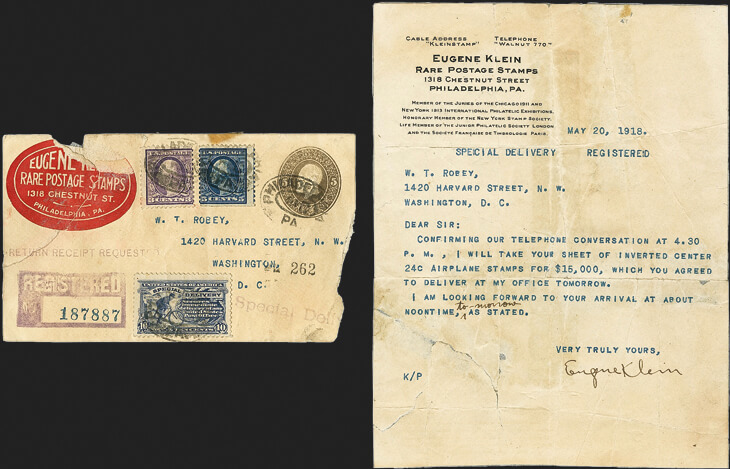 A highlight of Siegel’s sale of Price collection was the original letter in which stamp dealer Eugene Klein agreed to buy the Jenny Invert error pane for $15,000 from its discoverer, a clerk named William T. Robey. The letter, along with its battered regi 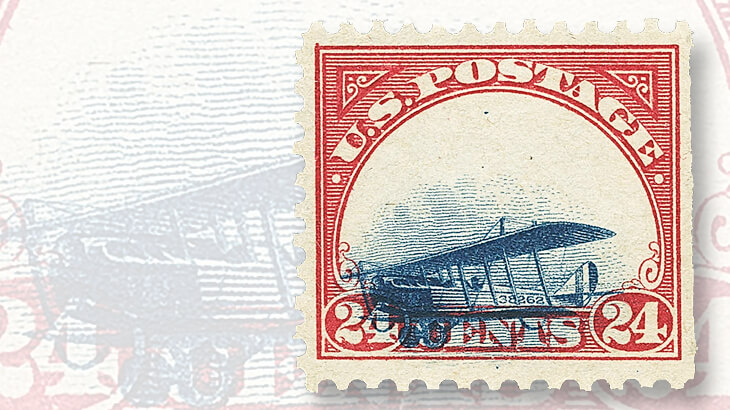 The Price collection of the 24¢ Jenny included numerous desirable varieties featuring substantial shifts of the blue biplane within the red frame. This “totally grounded plane,” with the wheels of the aircraft completely covering the C of CENTS at the bot 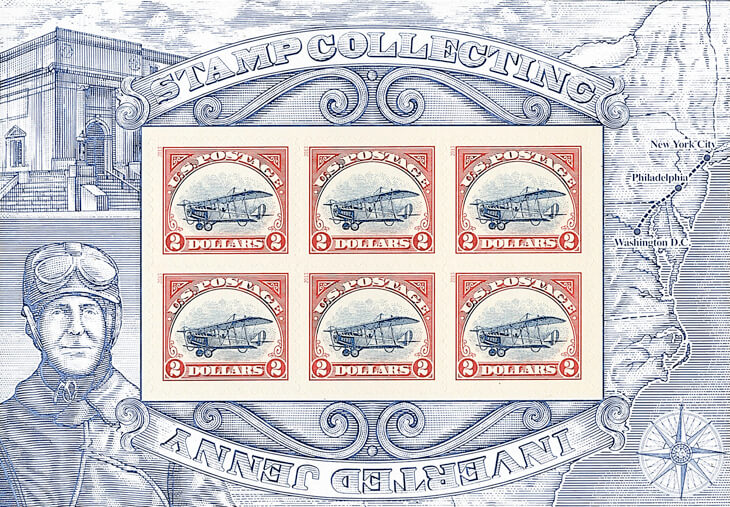 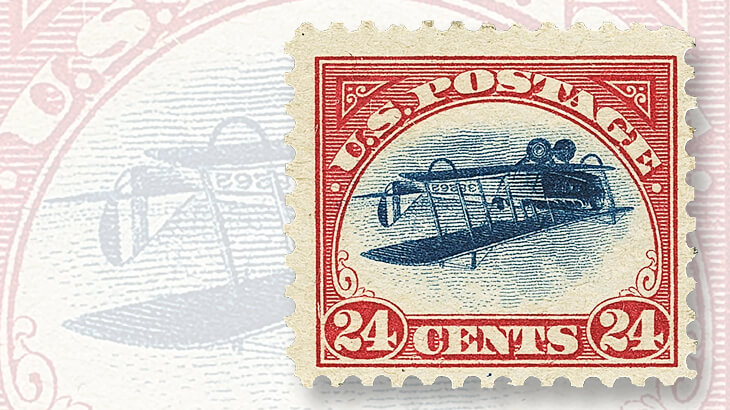 On Feb. 28, the same day it offered the Barry K. Schwartz collection of the U.S. “bluish paper” issues of 1909, Robert A. Siegel Auction Galleries offered the Don David Price collection of the 1918 24¢ Curtiss Jenny airmail issue. This was the first stamp issued by any government for a regularly scheduled airmail service, and as such it marks the birth of commercial aviation worldwide.

A superlative example of the stamp (Scott C3), graded gem-100 with never-hinged gum, went for just more than $3,000. A garden-variety unused example in very fine condition with lightly hinged gum is valued at $70 in the Scott Specialized Catalogue of United States Stamps and Covers.

Of course, this stamp is mostly famous for its accompanying error, in which the blue Curtiss Jenny biplane was printed upside down within the stamp’s red frame (Scott C3a).

Price’s specialized collection of America’s first airmail stamp naturally included this sine qua non of famous philatelic errors. His example of the invert, position 28 from the original discovery pane of 100, was inherited from his father Milton, according to Siegel’s exhaustive record of the history of each example at InvertedJenny.com.

Yet the invert was not the most interesting item in Price’s collection. That distinction fell to a remarkable piece of memorabilia, the original letter in which stamp dealer Eugene Klein agreed to buy the error pane for $15,000 from its discoverer, a clerk named William T. Robey, just days after Robey’s lucky find.

The letter and its registered envelope, battered but historic, went for $50,150. F9

A May 14, 1918, first-day cover bearing a (correctly printed) 24¢ stamp was flown from Philadelphia to Washington on the inaugural return flight the following day. It is autographed by one of the officials who helped set up the service.

There has always been controversy about whether the stamp’s first day of issue was May 14 or the unannounced May 13, when no stamps appear to have been sold or genuinely used. It is now accepted that all May 13 FDCs are fakes. The May 14 cover in the Price sale fetched $18,290.

Price was clearly fascinated by examples of Scott C3 in which the plane, albeit upright, shifts around within its frame to an extraordinary degree.

These so-called fast plane, slow plane, high plane and grounded plane varieties are, at their most extreme, quite rare.

A “totally grounded plane,” with the wheels of the aircraft completely covering the C of CENTS at the bottom of the design, sold for $6,490, while a “supersonic plane” variety, in which the wingtip sails right out of the frame and off the edge of the stamp, brought $4,425.

Rounding out Price’s exhibit was an example of the 2013 sheet of six self-adhesive $2 stamps reproducing the 24¢ Jenny Invert, which the U.S. Postal Service also decided to issue in very limited quantity with the plane right side up.

This intentionally produced variety (Scott 4806d), now no longer available from Stamp Fulfillment Services, was issued in a quantity of 100, although to date only about 30 have surfaced. The sheet in the Price sale went for $64,900.