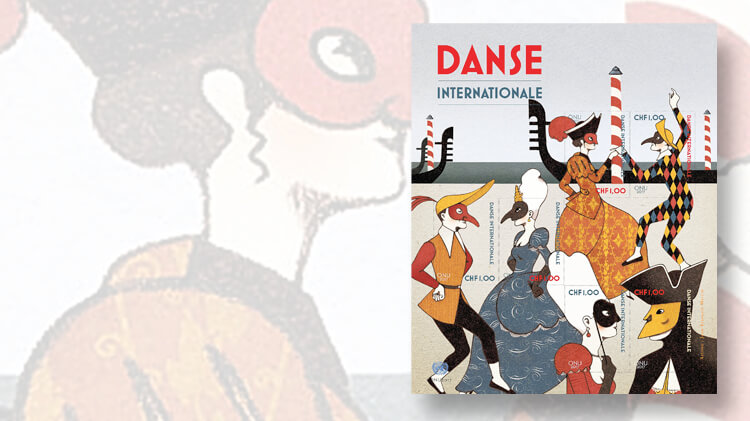 Venetian dancers at a masquarade ball are pictured on the pane of 1-franc stamps for use from the Palais des Nations in Geneva, Switzerland. 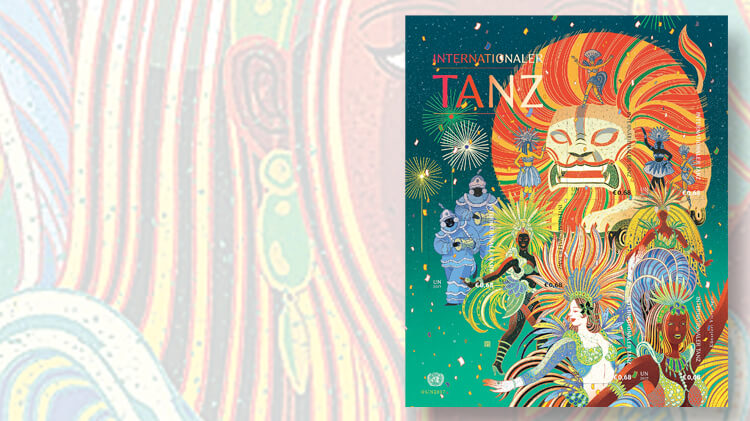 The colors and festive atmosphere of the samba and Carnival in Brazil is captured on this pane of €0.68 stamps for use from the U.N. post office at the Vienna International Center in Austria. 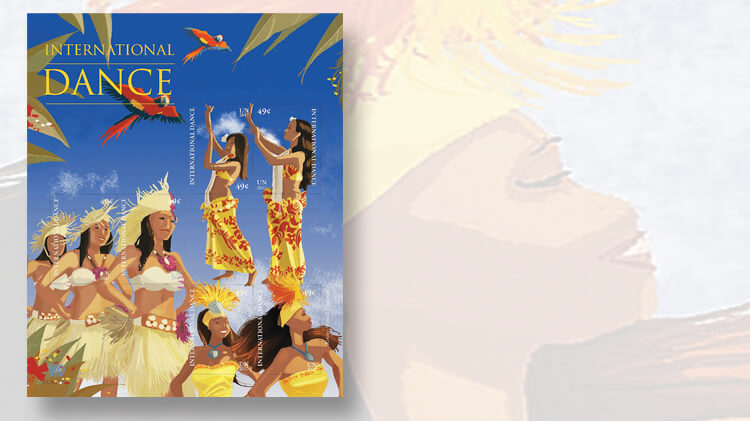 The United Nations Postal Administration is celebrating international dance on stamps being issued March 23. Polynesian dance is featured on the pane of 49¢ stamps for use from the U.N. headquarters in New York City. 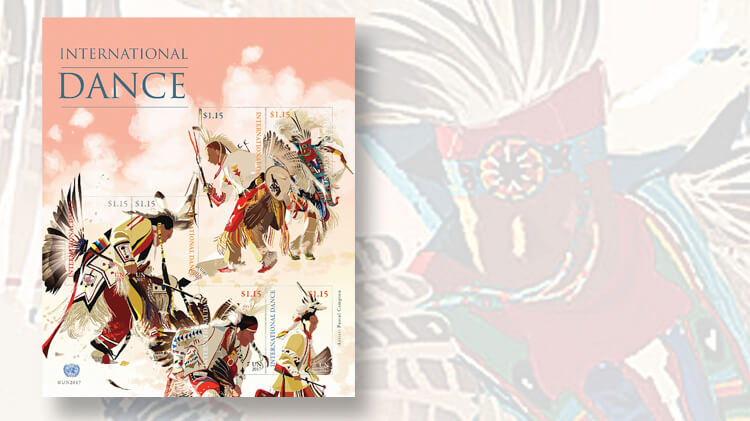 A second pane of International Dance stamps for use from U.N. headquarters shows Pascal Campion’s illustrations of native American dance. 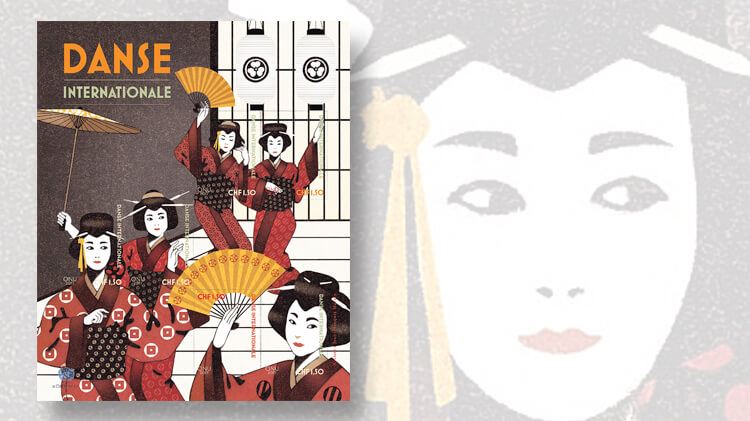 The Japanese fan dance is represented on the pane of 1.50-franc stamps saluting international dance. 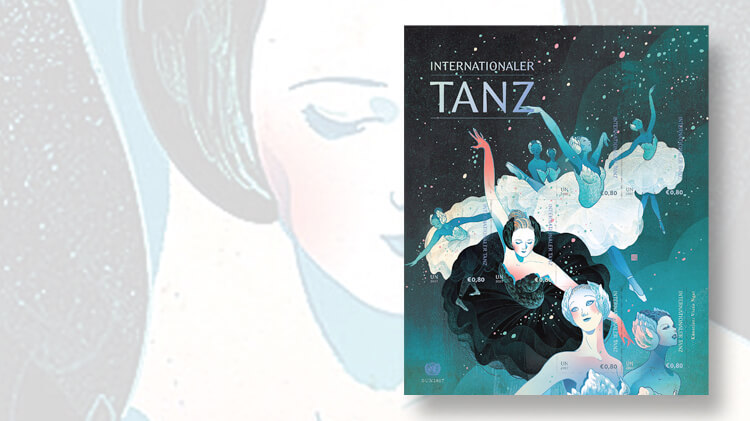 The pane of €0.80 stamps in the U.N. International Dance issue reveals the beauty of ballet.
Previous
Next

According to Thanawat Amnajanan, UNPA chief, the International Dance series is being continued because of the extreme popularity of the first issue with collectors.

Also, in announcing the new stamps, UNPA said: “According to UNESCO (the United Nations Educational, Scientific and Cultural Organization), dance promotes a lively manner, reciprocal knowledge and respect of diversity. Dance is both an art form and a method of communication in cultures around the world.”

Like the first set, the second International Dance issue includes six panes of six stamps each forming a single continuous design. Three artists created the illustrations for the stamp panes.

The illustrations on the 49¢ and $1.15 stamps for use from the post office at U.N. headquarters in New York City are by French-American illustrator and animator Pascal Campion.

Native American tribal dance is portrayed on the $1.15 pane.

Depictions of the quadrille and the Japanese fan dance by French illustrator Jean Francois Martin are featured on the 1-franc and 1.50fr stamp panes, respectively. These stamps are for use from the Palais des Nations in Geneva, Switzerland.

A dance with four couples, the quadrille originated in in France in the late 18th century and soon spread across Europe and to other parts of the world.

The dance on the 1fr pane appears to be part of a Venetian costumed ball. All six dancers shown on the stamps are wearing masks, and one is wearing a chequered Harlequin costume. Symbolic images of Venice’s gondolas and red and white striped mooring poles are pictured in the selvage.

Fans have long been a part of traditional Japanese dance. Umbrellas, or parasols, have been used as well, and one of the dancers shown on the pane of 1.50fr stamps is holding an umbrella instead of a fan.

The €0.68 and €0.80 stamps for use from the Vienna International Center in Vienna, Austria, portray the samba and ballet. Victo Ngai, a Los Angeles-based illustrator from Hong Kong, created the illustrations.

Samba, associated with Brazilian Carnival parades and festivals, evolved from the dances of African slaves in that South American country. In addition to samba dancers, the stamp pane depicts drummers, a large parade float, and what looks like fireworks and confetti.

Beginning with court dances during the Renaissance, ballet moved to the stage in the late 17th century. The stamp pane pictures a group of ballerinas performing what appears to be Swan Lake, composed by Tchaikovsky.