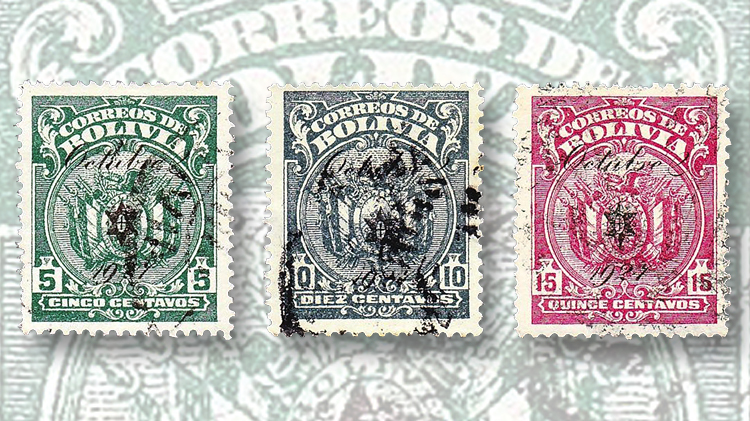 These overprinted denominations of the 1927 issue — 5 centavos, 10c, and 15c — were the lowest and those most commonly used by the public. These stamps were not issued without the star overprint. 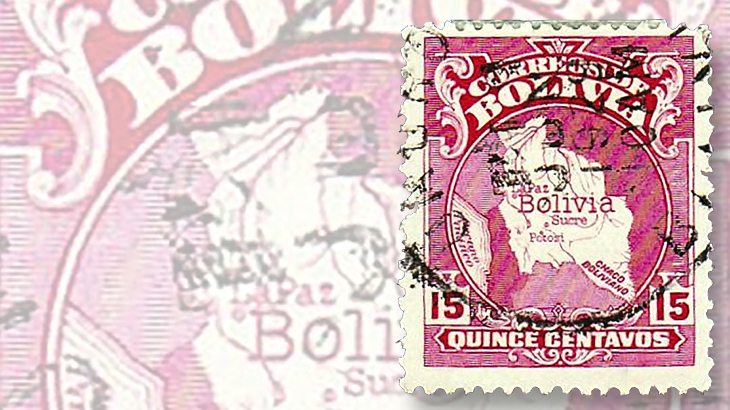 The 1927 overprinted issues were replaced in 1928 by a new trio. The high denomination of the set shows a map of Bolivia with the Chaco region clearly labeled. Chaco was hotly contested with neighboring Argentina. 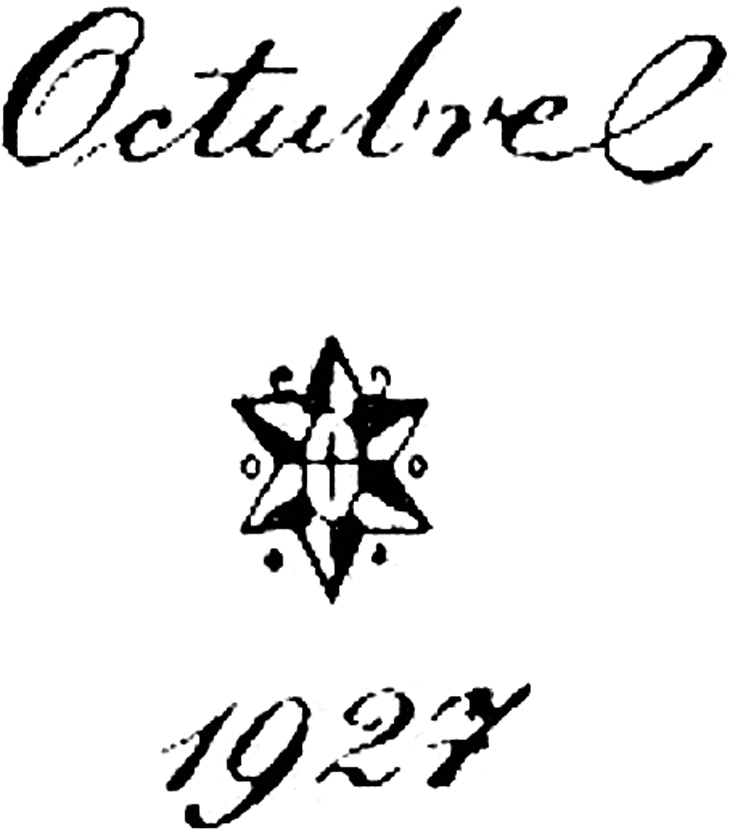 An enigmatic overprint of a six-pointed star and “Octubre 1927” was added to three denominations of Bolivia’s 1927 lithographed Coat-of-Arms stamps.
Previous
Next

Beginning in 1919, with Scott 118, Bolivia initiated a series of definitive stamps featuring the coat of arms of Bolivia.

The stamps of the various printings in the series may be readily identified by variations in color or the perforation gauge.

Not content, despite having such a wide variety of current issues supplemented by some pictorial stamps, Bolivian postal authorities had the basic stamps overprinted on several occasions.

Sometimes they were simply surcharged to meet postal needs. Other times, the date was added, but in 1927 they did something a little different.

These three overprinted issues used the low-denomination stamps of the series most likely to be seen by the Bolivian public.

These denominations were not issued as lithographed stamps without the overprint.

What is the significance of the October 1927 date? None of the major catalogs explains it, nor does the specialized CEFILCO Catalogo de Sellos Postales de Bolivia shed any light on the matter. A search of the Internet produces only one probable explanation.

For decades, Bolivia and Paraguay had been quarreling over the Gran Chaco — that vast, nearly uninhabited prairie region between the settled parts of the two countries.

Bolivia and Paraguay began building forts along the Pilcomayo River, essentially approaching each other and begging for a confrontation.

To head off a shooting war, Argentine president Marcelo T. de Alvear organized a peace conference in October 1927 to attempt to settle the sovereignty issue.

Bolivia replaced all three of the overprinted denominations with a new set of stamps (Scott 189-91) in 1928. The 15c stamp (in a printing of four million) depicts a map of Bolivia with the Bolivian Chaco prominently featured.

The Chaco War broke out in June 1932 and is considered South America’s bloodiest military conflict of the 20th century.

Ultimately, Bolivia lost two-thirds of the disputed area to Paraguay.