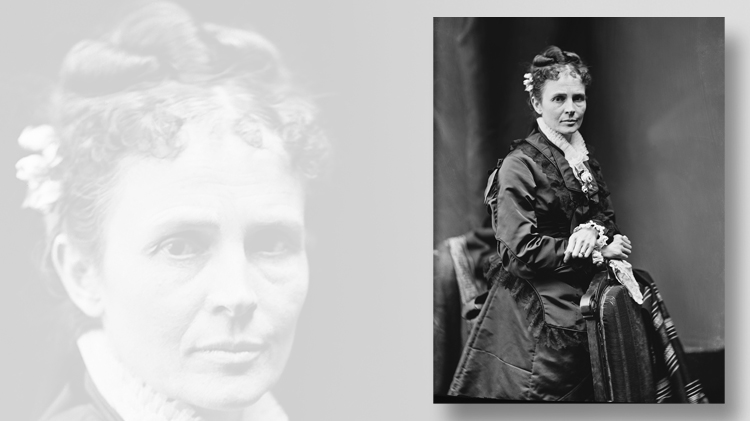 Lucretia Garfield, first lady of the United States in 1881. 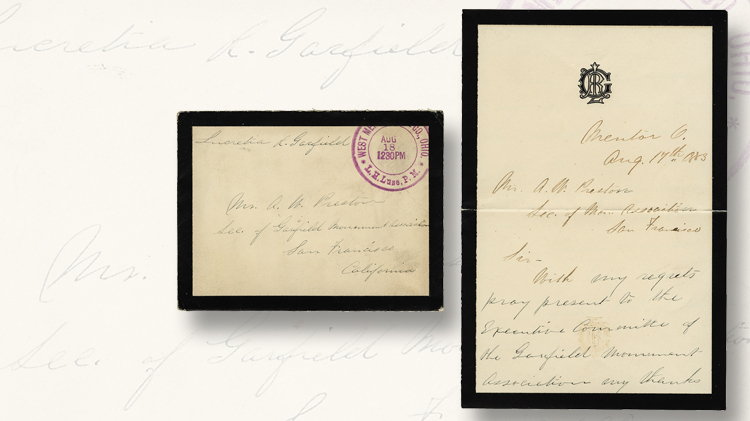 Signed by Lucretia Garfield, widow of President James A. Garfield, this free-franked cover was sent almost two years after his death. It also features a scarce postmaster-name cancellation.
Previous
Next

A cover that represents the perfect philatelic storm recently came my way, and I’d like to share it with you.

As a fan of interesting mourning covers, the double-ring, violet postmaster cancel was the first thing that caught my eye. But  then I noted that it was free franked by Lucretia Garfield, the widow of President James A. Garfield. They were married in 1858.

Presidential widows were not given the franking privilege by automatic operation of law until 1973. Until then, it took an individual act of Congress.

A collection of covers bearing the signatures of presidential widows would start with Martha Washington, who was granted the privilege April 3, 1800.

The cancel on the Garfield cover is August 18, and the enclosed letter is dated Aug. 17, 1883. It is an apology for her inability to attend the laying of the cornerstone for the Garfield Monument in San Francisco.

Efforts to save Garfield ultimately failed, and he died Sept. 19. Mrs. Garfield was granted the franking privilege Dec. 20, 1881. It is interesting that Mrs. Garfield (1831-1918), born Lucretia Randolph, was still using mourning stationery almost two years after the president’s death. The convention was one year.