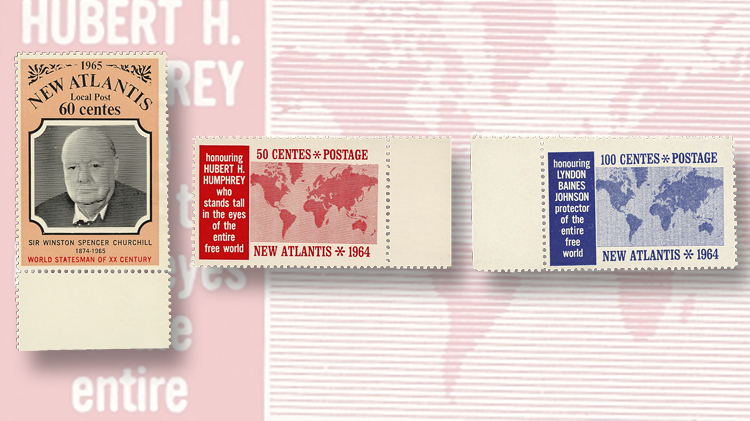 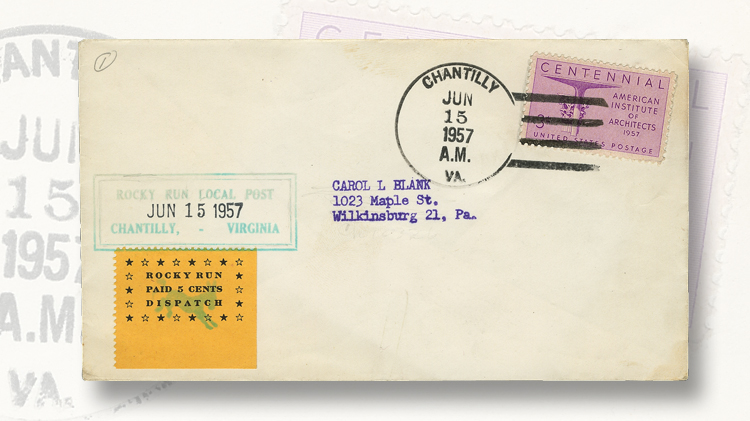 Rocky Run Local Post was established in 1955 and operated into the mid-1960s. Its labels, often found on cover, are collectible cinderellas, stamplike labels that were privately issued.
Previous
Next

Among the rather large field of cinderellas — labels that resemble postage stamps except that they were not issued by national postal authorities — there are examples that are frequently seen, and others that are more unusual. Let’s look at one of each type.

In the realm of the frequently seen, one of my favorites are the Rocky Run Local Post labels issued from 1955 into the mid-1960s to pay for local transit to a post office. There are several different versions of these local post labels, and, starting in late 1957, they include a drawing of Santa Claus.

Over the lifetime of the Rocky Run Local Post, thousands of these covers were sent. Most examples are not scarce, but there are exceptions.

Now for the less often encountered.

Williams had inquired about the stamps earlier, and a letter dated April 2, 1965, from Mrs. Leicester Hemingway, the first lady of New Atlantis, provides some context:

“Thanks for your interest in New Atlantis, which we hope will grow into a thriving marine research center. Here, as you requested, are some facts on the New Atlantis local post stamps which carry postal matter on N.A and from N.A to Jamaica and other countries of the world already belonging to the Universal Postal Union.”

The letter goes on to explain that the denominations are in “centes,” 100 of which equal U.S. 50¢.

“There are 200 Centes to the Scruple to underline our belief that even a ‘ha-penny’ should be held valuable and made to count,” the letter said.

Cinderella collecting is a respected specialty area in the stamp hobby. There is even an international group, the Cinderella Stamp Club, headquartered in England, that has existed for almost 60 years. It publishes an excellent quarterly journal, edited by an American, Ken Grant, who can be contacted for further information via email.