Editor’s Foreword to Philatelic Foreword; a nod to Linn’s legacy and hobby’s future 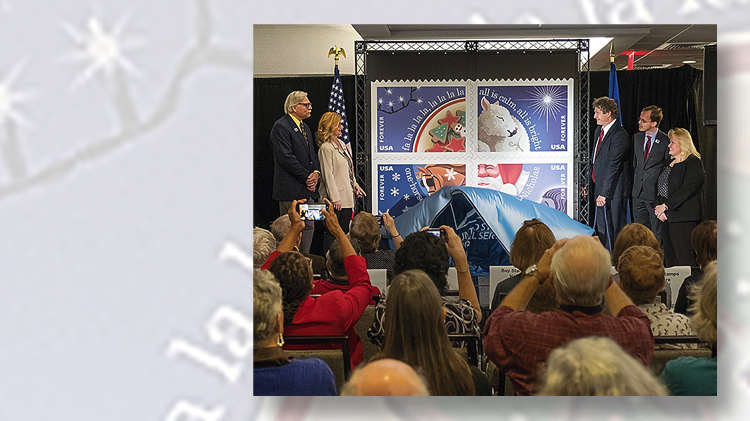 Looking forward to the future often takes some comparison to things of the past. Few may know that Linn’s founder George W. Linn published a monthly magazine titled The Stamp Collector that ran for a couple of years, starting in November 1909. Linn formally started Linn’s Weekly Stamp News in 1928.

I was thrilled to see in Linn’s early publication that he used the editor’s column name “The Editor’s Foreword,” after I had already determined that the name of my column would be Philatelic Foreword.

George Linn has inspired me on multiple fronts throughout my collecting pursuits. He is the one who created the modern first-day cover, which is where my early collecting interests were piqued.

Following my college years, coming to work for Linn’s was an exciting start to my career, and I’m thrilled to return.

And on a more recent front, I recall reading about Linn’s early quest through his editorials to get the U.S. Post Office Department to issue a Christmas stamp.

I mention this because I was honored to participate Oct. 5 in the first-day-of-issue ceremony for the new United States Christmas Carols forever stamps.

The stamps were issued at the American Stamp Dealers Association fall postage stamp show in New York City. It was exciting to recount this tale as part of my remarks.

It was also great to share that experience with my philatelic family at the show and with the U.S. Postal Service’s audience online through its Facebook page.

The innovation of a live-stream video for a stamp event was unheard of just a few years ago. Today, a much larger audience can share in the experience.

Almost 200 people attended the New York stamp event, and as of mid-October almost 18,000 people viewed that video on the USPS Facebook page.

All of this brings me to say we in the stamp hobby have a bright future ahead.

We at Amos Media Co. have a solid commitment to the stamp hobby and are determined to create new avenues to expand the hobby.

Many collectors share a similar story of how we started collecting at an early age. I started when I was 8 years old and first subscribed to Linn’s when I was 13. I have never strayed from the hobby since day one, and it’s humbling to now take the helm of the publication and work with a dedicated Linn’s team with Michael Baadke as editor and Denise McCarty as senior editor.

I am pleased to have the support of the Scott editorial team and all that make this publication possible each week.

2018 Scott U.S. Pocket catalog to be published in November