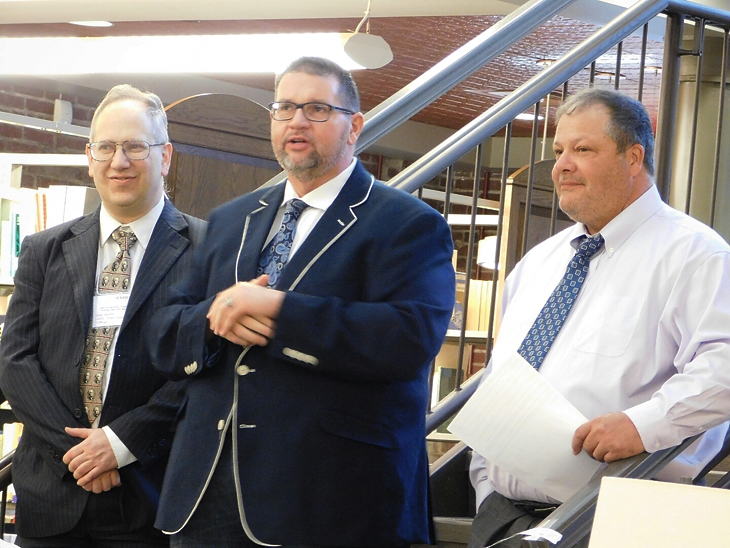 Ken Martin and Scott English of the American Philatelic Society join Greg Galletti of the United Nations Philatelists Inc. to welcome collectors to the opening of the UN Expo 17 in Bellefonte, Pa. 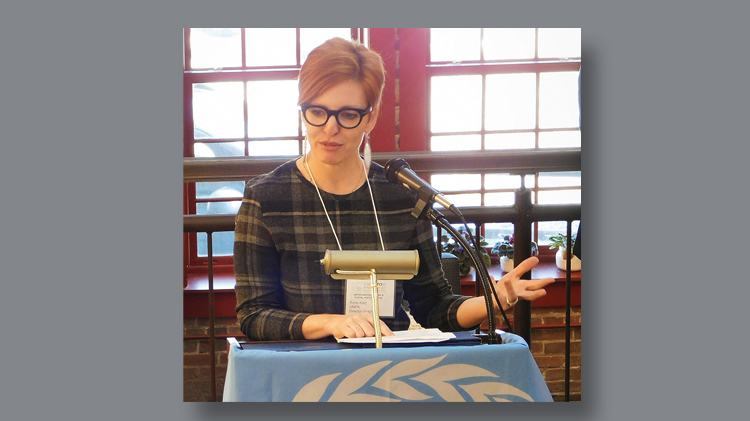 Rorie Katz designed the Universal Declaration of Human Rights stamps and souvenir sheet for the United Nations Postal Administration. She participated in the first-day ceremony at UN Expo 17, the two-day stamp show and exhibition taking place Oct. 27-28 i 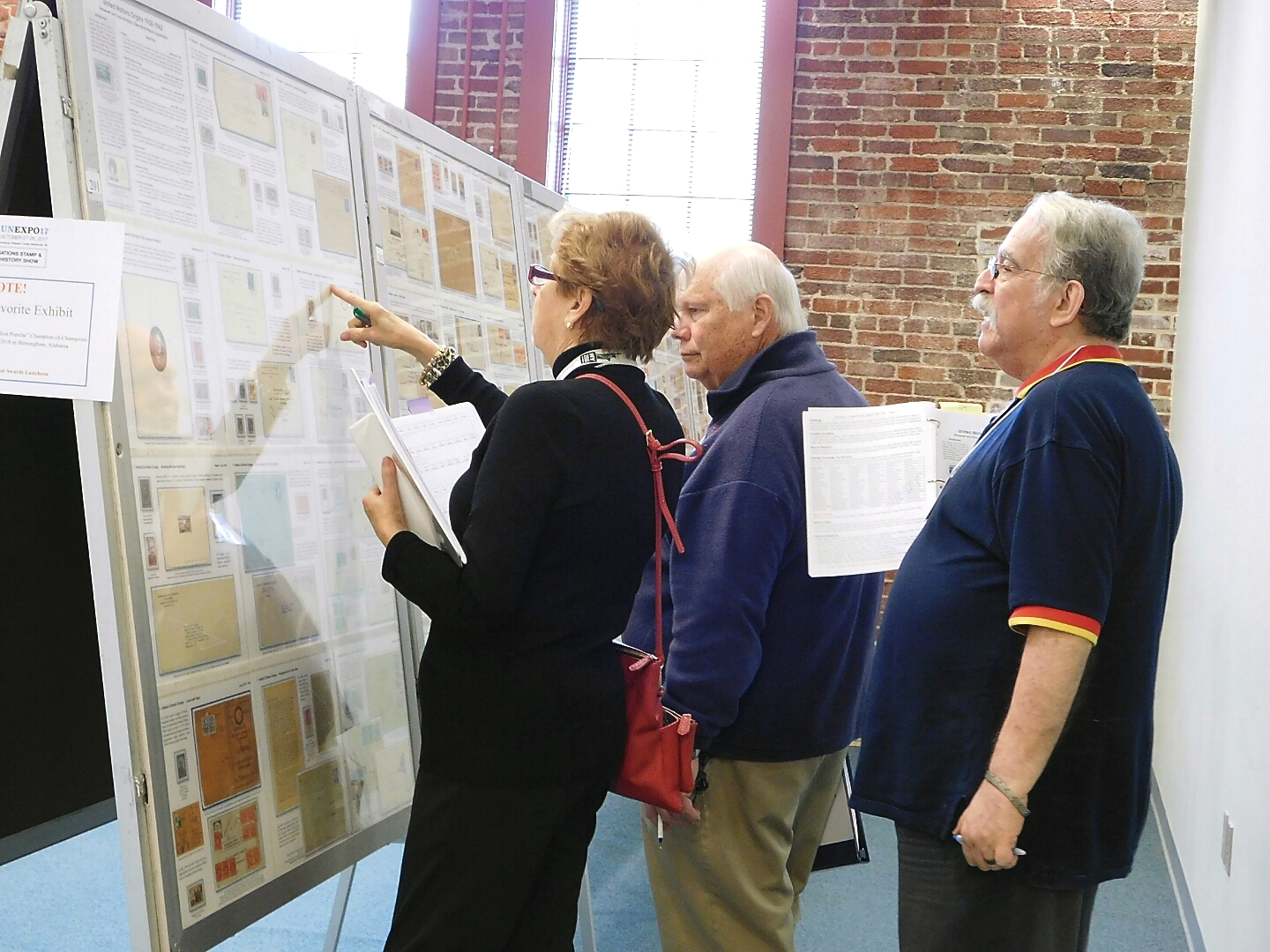 Judges Liz Hisey, Bob Zeigler and Jeffrey Shapiro examine some of the many exhibits on display during UN Expo 17 at the American Philatelic Center in Bellefonte, Pa. 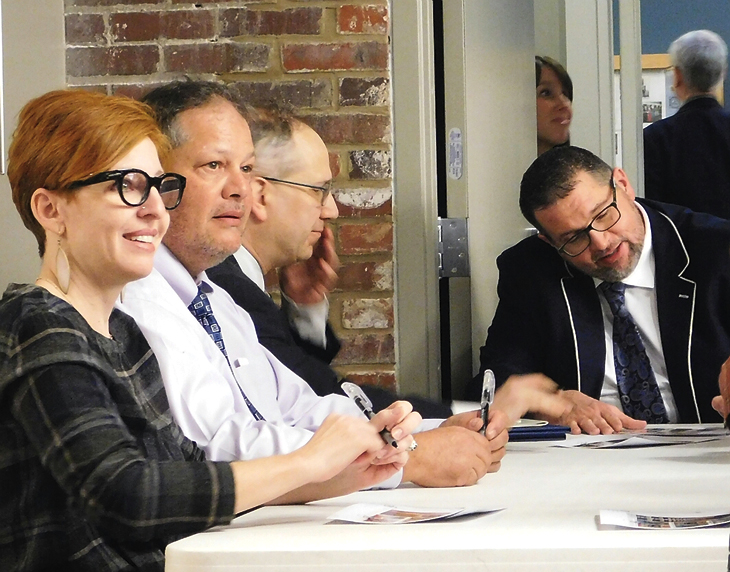 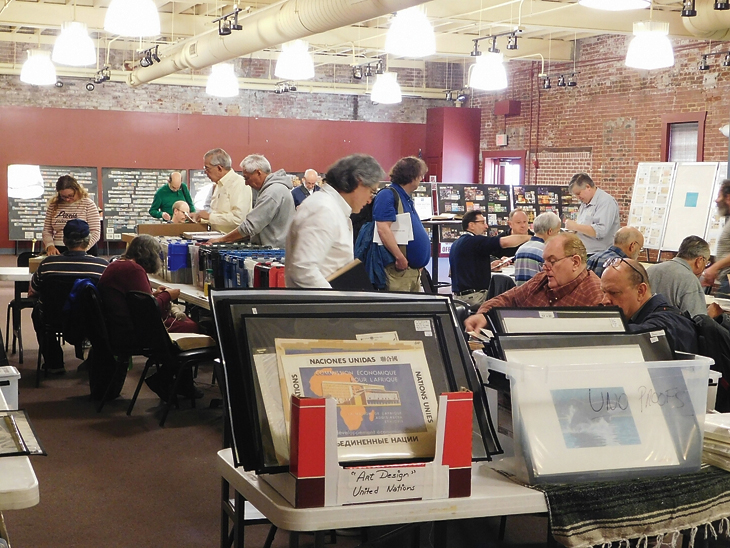 Collectors look for items to enrich their collections at the UN Expo 17 dealer bourse during the show in Bellefonte, Pa.
Previous
Next

The stamp show is a joint effort by the United Nations Philatelists Inc. and the APS.

English praised the efforts of the APS and the UNPI to jointly host the show, which is a one-time entry into the World Series of Philately. That means the exhibitor winning the grand award at UN Expo 17 will qualify to enter the Champion of Champions competition when APS Stampshow takes place in Columbus, Ohio, Aug. 9-12, 2018.

“I just want to welcome you all to the American Philatelic Center,” Martin added. “It’s great to see a nice crowd in here.”

Martin described the layout of the show and the location for the 125 frames of competitive United Nations-themed exhibits. The exhibit judges for the show are Liz Hisey, Jeffrey Shapiro and chief judge Bob Ziegler.

Galletti also welcomed the attendees, reminding them that the first UN Expo took place 25 years ago, in 1991, at the APS headquarters, then in nearby State College, Pa.

“It was actually a very splendid event, and I believe this UN Expo is going to be even better.”

Galletti also thanked the APS and APRL for hosting the show, and many of the individuals who helped put the show together and make it possible.

English, Martin and Galletti also participated in an afternoon first-day ceremony for the United Nations Declaration of Human Rights souvenir sheet, where they were joined by stamp designer Rorie Katz of the United Nations Postal Administration's graphic design team.

“It’s an honor to be here today and to meet with you,” Katz said. “My favorite part of my job is I get to come and meet people who collect my stamps, and make my job possible.”

The show will continue in Bellefonte through Saturday.