A macabre device for preserving corpses, down a philatelic rabbit hole: Inside Linn’s 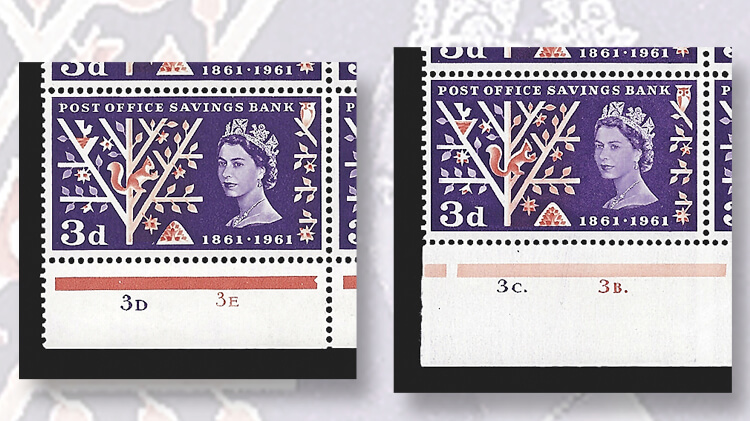 From the somewhat spooky to the philatelically subtle, the Linn’s editorial staff has gathered a marvelous batch of news and features for your reading pleasure in the Oct. 9 issue of Linn’s Stamp News that just landed on the press and will go in the mail to subscribers Monday, Sept. 25. If you subscribe to Linn’s in electrons, you’re at an advantage because you get early access Saturday, Sept. 23. To whet your philatelic appetite, we offer three glimpses of what lies between the pages. Happy collecting!

Macabre ‘Corpse Preserver’ rises from within a mundane cover

In The Odd Lot, Wayne L. Youngblood dissects the rather startling contents lurking inside a cover with no particular postal significance: an advertising circular promoting “Taylor’s Corpse Preserver.” As Youngblood explains in fascinating detail, this odd device came upon the scene in 1870, when “embalming was still in its infancy in the United States, having gotten its start during the Civil War, primarily to ship deceased soldiers’ remains home.” Consider this your pre-Halloween treat from Linn’s.

Matthew Healey, who pens our Great Britain Philately column, has a flair for philatelic subtleties that others might miss or choose to ignore. A prime example comes in this month’s column, wherein he teases out the differences between two printings of the 1961 stamps celebrating the centennial of Great Britain’s Post Office Savings Bank. Turns out, two different presses — whimsically named Timson and Thrissell — were the cause of these easily overlooked printing nuances.

Have you seen examples of this postage due bill used to document return of third- or fourth-class mail?

The bill, formally called United States Post Office Department Form 3582a, and its use to document the return of other than first-class mail are the subjects of Tony Wawrukiewicz’s Modern U.S. Mail column. Determining the types of mail documented on the form can be quite a challenge, as Wawrukiewicz explains: “When non-first-class mail is paid for, unless there is adequate documentation on the form, it is difficult (if not impossible) to know exactly what types of mail were returned.”