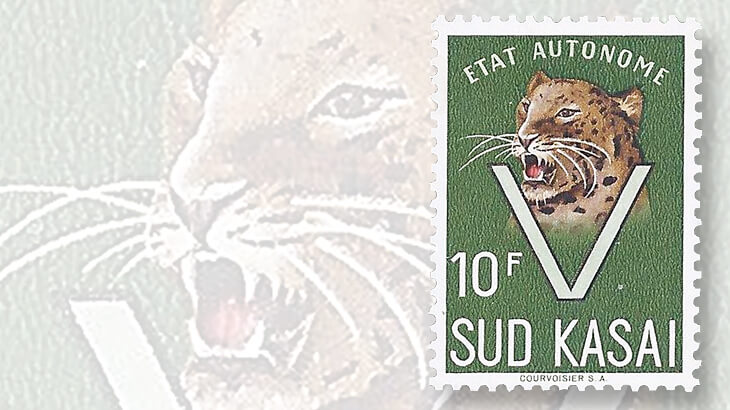 Among the splendid content awaiting you in the Oct. 2 issue of Linn’s Stamp News is Christer Brunstrom’s fascinating look at the stamps of South Kasai. Now called Kasai-Central (one of 26 provinces in the Democratic Republic of Congo), the break-away enti

Whispers of fall are in the air, as the heat of summer dissipates and streaks of color emerge on tree leaves. While it may be getting cooler outside, the Linn’s editorial staff kept running hot to get the Oct. 2 issue of Linn’s Stamp News to the press. Our leadoff issue for October will go in the mail to subscribers Monday, Sept. 18. If you subscribe to Linn’s in electrons, be of good cheer because you get early access Saturday, Sept. 16. To whet your philatelic appetite, we offer three glimpses of what lies between the pages. Happy collecting!

Christer Brunstrom pulls the curtain back on South Kasai, a break-away province that declared itself an autonomous state in 1960. That bold declaration precipitated the issuance of 28 stamps and one souvenir sheet during South Kasai’s short brief existence. “It is saddening that the Kasai region has returned to the limelight because of its bloody conflicts,” concludes Brunstrom in this potent feature.

William F. Sharpe, Linn’s Computers and Stamps columnist, takes us through several handy ways to add pictures of stamps to a spreadsheet using the popular Excel program. As Sharpe aptly observes, “The advantage of using a spreadsheet over a dedicated stamp inventory program is that you can track exactly what you want to know about each stamp.”

A particular $5 stamp was issued in 1994; you can still buy it from the USPS

It’s not unusual for definitive (regular-issue) stamps to remain on sale for long periods of time. They are the workhorse stamps tasked with moving vast quantities of ordinary (mostly first-class) mail. Charles Snee, in Dollar-Sign Stamps, recalls how a Priority Mail parcel franked with one of his favorite stamps led him to discover that this stamp is still available from the United States Postal Service — more than two decades after it was issued.