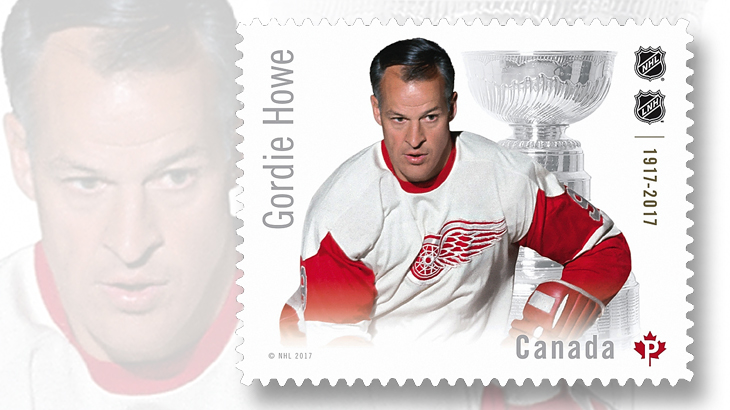 The United States Postal Service will celebrate the history of ice hockey on a stamp or stamps that will be issued Oct. 20.

Little is known about the previously unannounced U.S. stamp issue except that it has been jointly created in association with Canada Post, according to the USPS. No design details or format information was provided.

A first-day ceremony will take place at 11 a.m. in Detroit, Mich., at the Little Caesars Arena, ?2645 Woodward Ave. The arena is home to the NHL Detroit Red Wings. The ceremony is free and open to the public.

Among those participating will be U.S. Postmaster General and CEO Megan Brennan, and Canada Post President and CEO Deepak Chopra.

Nondenominated (85¢) permanent rate stamps are offered in a self-adhesive booklet of six and also in a perforated pane of six with moisture-activated adhesive.

Cadana Post has also issued six different designs honoring the same six players in “oversized-rate hockey-card-size souvenir sheets” sold in a pack of six. The individual stamps on the souvenir sheets picture the honored player with the Stanley Cup trophy and are each denominated $1.80.