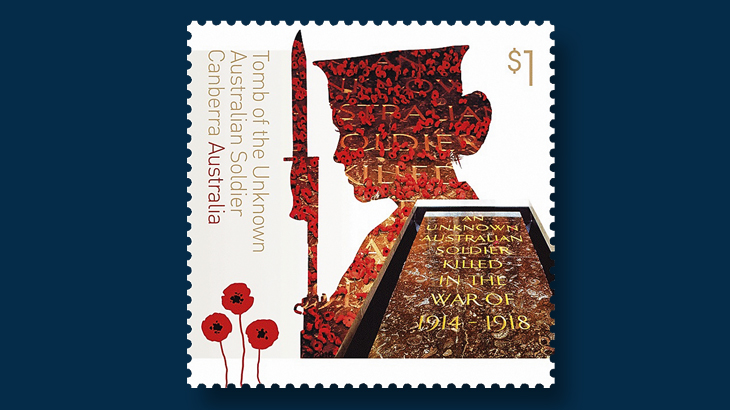 The Tomb of the Unknown Australian Soldier is featured on a new $1 stamp.

The designs depict the memorials combined with silhouettes of Australian military service personnel.

Shown here is the stamp for the Tomb of the Unknown Australia Soldier in Canberra, located in the Hall of Memory at the Australia War Memorial.

Australia Post said that the tomb symbolized the “23,000 Australian soldiers killed in WWI and whose bodies were never recovered and returned.”

The other stamps, all denominated $1, show Cobbers Statue at the Australian Memorial Park in Fromelles, France; the Avenue of Honour at Ballarat, Australia; the Darwin Cenotaph; and the Legacy Memorial at Melbourne.