Keep your eyes peeled for 1927 Saudi Arabia postage due stamps 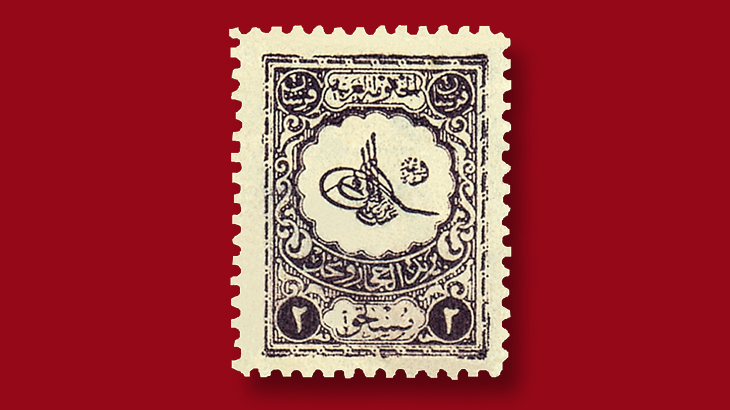 Saudi Arabia occupies most of the Arabian Peninsula, and is the only country that fronts both the Persian Gulf and the Red Sea. While it is large country in land area, most of its territory comprises arid desert and mountains.

The area was ruled by the Ottoman Empire until the Allied victory in World War I. Ibn Saud (known as Abdulaziz in the Arab world) was able to conquer rivals and assert control of Hejaz and Nejd, which he ruled as separate countries. In 1932, he united them to become the first king of unified Saudi Arabia.

Today the kingdom is ruled by his descendants. Saudi Arabia has become rich and powerful through its vast oil reserves.

In 1927, the forerunner state of Hejaz and Nejd issued two Tughra of Ibn Saud postage due stamps (Saudi Arabia Scott J22-J23). The 2018 Scott Classic Specialized Catalogue of Stamps and Covers 1840-1940 values the stamps at $23.75 in unused hinged condition and $36 in mint never-hinged condition.

Keep an eye out for the error variety of the 1-piaster slate stamp (Scott J22a), which has a “2 Piastres” inscription in the upper right circle and a Scott catalog value of $200 in unused hinged condition.