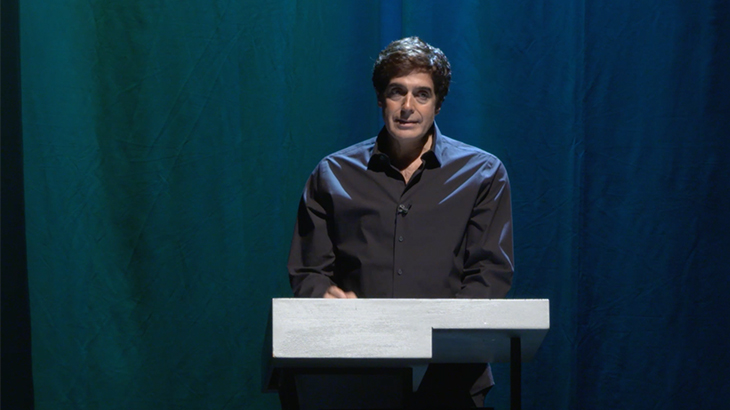 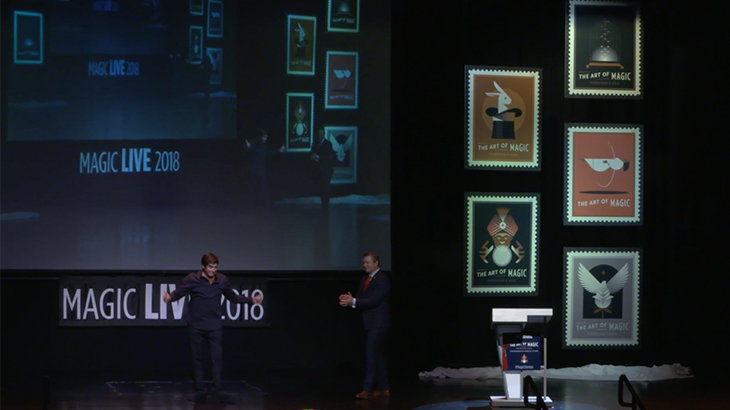 The five Art of Magic Stamps are revealed with the help of illusionist David Copperfield. Screen grab courtesy of USPS video.
Previous
Next

Emmy award winning illusionist David Copperfield was on hand to reveal the United States Art of Magic forever stamps on Aug. 7 at the Orleans Hotel and Casino in Las Vegas, Nev. as a part of the Magic Live 2018 convention.

Magician Naathan Phan, a performer in the Las Vegas show Masters of Illusion, sang the National Anthem, and the Nellis Airfare Base Honor Guard presented the colors.

Williamson said the stamps feature digital illustrations of five classic magic tricks: a rabbit in a hat (representing production or making something appear), a fortune teller with a crystal ball (prediction), a woman floating in the air (levitation), an empty bird cage (vanishing) and a bird emerging from a flower (transformation or turning one thing into another).

Williamson also described the sixth stamp that appears on a souvenir sheet of three stamps. These stamps are an offshoot of the design representing production, with the addition of a digital illustration of a white rabbit popping out of the top hat. When rotated, the rabbit appears to move in and out of the hat.

“Lenticular printing was used to produce this stamp, creating an illusion of movement and depth,” Williamson said.

After Williamson’s introduction of the stamps, David Copperfield took the stage.

“Nowadays, magic and magicians are kind of cool; that’s why we are here today, to celebrate that,” Copperfield said. “If the United States Postal Service thinks you’re worth honoring, you throw a party, and, well it’s time to get this party started.”

With that sentiment, Copperfield waved his hands in the air and the curtains covering the stamps came down.

“These five stamp designs honor the past, with a look inspired by magic postage from the turn of the century,” he said. “But they also celebrate the present, with a sleek and modern style. It’s not an easy balance to achieve.”

Copperfield ended the ceremony by encouraging the U.S. Postal Service to “keep up the good work.”